For over 100 years photo chemical film has been the gold standard in the film industry. But in the last two decades the advent and advances in digital technology have offered filmmakers a cheaper, easier and sometimes better alternative as a means to capture images and tell stories. In Side by Side, Keanu Reeves and writer/director Chris Kenneally put their finger on the pulse film world and explore the levels to which digital capture technology has created a paradigm shift across the world. From directors, to colorists, to editors etc, no trade is unaffected by this change in the medium. Is this the end of film? Well, it’s not a clear cut answer as Kenneally/Reeves’ eye opening doc shows.

In Side by Side fans are taken on a relaxed but whirlwind trip into Hollywood to hear from all manner of trades in the film industry. Here we join Keanu Reeves on a tour of the past and the future of filmmaking. For more than 20 years, a new form of technology has given birth to a movement of digital filmmaking and created a groundbreaking evolution in the medium. Reeves explores the development of cinema and the impact of digital filmmaking via in-depth interviews with Hollywood masters, such as James Cameron, David Fincher, David Lynch, Martin Scorsese, Steven Soderbergh, and many more important and influential voices. Everyone’s got an opinion, from those staunch conservatives to early adopters to people who have given up film completely. But as this is still just the early stages in the digital revolution and this technology, while that had been widely adopted, is still in its relative infancy. So how did we get here? Kenneally and Reeves do the very best to chronicle the advent and impact of digital camera technology and how it will affect the future of film.

The purpose of any good doc is to show both sides of a topic. Starting with a brief history of how film came into prominence we a little bit about the science behind this 100 year old technology and the lengthy steps it takes to go from “action” to projecting it on the big screen. But seeing the timeline in such a quick synopsis is not only interesting but shows how technology pushes art and vice versa. The only reason that digital technology exists is to improve the process. Like any advancement there were times when it was of less than acceptable quality. But the look and preferable price was one of the reasons that the indie and documentary community became early adopters and helped get the ball rolling.

The names on the poster above may be the main draw to get people to pay attention to this doc, but Side by Side offers so much more than bragging rights. What’s important to Kenneally is to see the levels to which digital capture technology has and continues to saturate the industry. Yet it doesn’t stop there, because this technology has and continues to filter down to a consumer level giving nearly anyone a chance to make art. While offering an ease of use in both equipment but also editing and sharing capabilities, the possibilities are almost endless. Probably the most fascinating element to this doc is hearing from seasoned industry professionals, cinematographers (like Dick Pope), editors, color timers and the like. Getting their points easily help us understand just how many people and trades have a hand in the filmmaking process. Many like the liberties afforded by going digital but they fear the true and hard earned skill in the art of making films will be lost if everything is just point and click. When editing film you really had to make certain where your cuts were because there were only so many times you could splice things. Basically, a mindset shard by many trade professionals, is that film taught discipline. With digital cameras it’s like the Wild West, a free for all offered by the endless canvas of 1s and 0s. If anyone can now pick up a camera, shoot something, edit and share it at home, does that make them a filmmaker? Not exactly but this technology gives people who may not have had the means to go the traditional route a way to share their stories. But the more content out there and the quicker that something is created makes it harder and harder for things to be unique and for audiences to see something they haven’t seen before. One digital effects artist talks about, what else, effects and that they have to outpace the audience’s imagination. Same goes for simple means of shooting and capturing practical shots and principal photography. But the points addressed above aren’t even 1/3rd of the topics Kenneally and Reeves try to address.

It’s an enormous of information to process and a doc that needs to bee seen more than once. Like most documentaries that raise questions, Side by Side doesn’t provide an answer because as Martin Scorsese said in a very simple but astute comment, “film is a choice“. So while digital technology is abundant and offers many faster and cheaper alternatives to film, until there is no more film to shoot on, it is up to filmmakers, consumers and artists to decide which format they prefer or chose to use. There are tons more opinions and interesting points broached by Reeves/Kenneally like digital distribution of film and how having film available on-demand and on our phones/mobile devices we’re losing that community feel of the cinema. All of the opinions from these industry leaders will easily be enough to warrant a second and third viewing. But one of the best points made is that noting is definitive yet as, just like the history lesson early on, things are constantly improving, progressing and advancing. Ultimately it results in giving both the artist and the audience more choices; that’s a good thing. 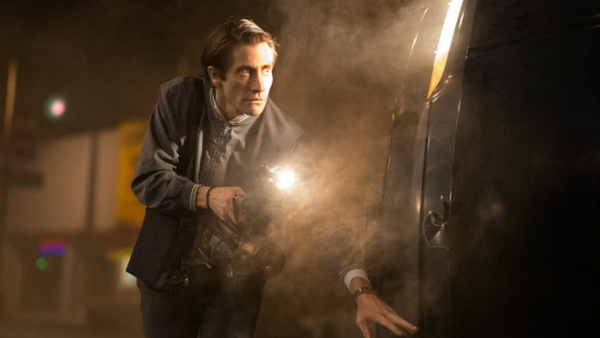