As per the gracious invite by Fandango Groovers and Movie Mobsters, we present Go,See,Talk‘s review of “Dr. Strangelove: Or How I Learned to Stop Worrying and Love the Bomb“. Each month, special guests are asked to participate topic at hand. This month’s topic is The Dark Comedy. Click the graphic above to check out the other guest’s entires. “Gentlemen, you can’t fight in here. This is the War Room.”

In terms of dark, I’m not sure it gets any more gloomy than the thought of national and global annihilation and worse, the inability to prevent such an attack. But if you can find humor in the darkest of places, you can bet on finding it here. Yet for a story depicting an inescapable end of days, the characters here-in (when all else fails) take a surprisingly humorous “hey there’s a bright side to this” mentality. Bright side? Really? The unexpected humor is a result of the morbid hilarity that comes from actually having to deal with such inescapable events. Sellers and the crew are in top form, adding levity to the situations, even when their lines really are meant to be serious.

In Dr. Strangelove , the U.S. Military has been sent into a mad dash to counter-act the events caused by an insane base commander. He has initiated “Attack Wing Plan R”, a preemptive strike against a Russian sneak attack…only the Russians haven’t attacked. The film follows the events of the President and the country’s top generals in a War Room trying to abort “Plan R” and the one B-52 team which cannot be reached for recall. To make matters worse they learn the imminent attack on Russia will trigger their secret “Doomsday” device. That tamper-proof device will unleash nuclear fallout and the end of the world…well, for the next 93 years anyway. “The whole purpose of a Doomsday device is lost, if you keep it a secret!! Why didn’t you tell the word!?”

Peter Sellers (playing 3 characters, including the zany titular Dr. Strangelove) has never been funnier. Each of his three characters tries to “right the boat” but to no avail. An equally funny George C. Scott, in the wake of the coming disaster, still tries to maintain his composure and U.S. supremacy even though neither has much time left. Further if a film features characters named Commander Jack D. Ripper, and Col. Bat Guano, you’ll come to find rampant insanity hiding in every corner of this film. Yet none more so than the attempts to soften the mushroom cloud apocalypse with the song “We’ll Meet Again”. If that’s not darkly humorous, I don’t know what is. A simulcast of seriousness/lunacy abounds and the whole ride is about as wild as Slim Picken’s rodeo swan song. 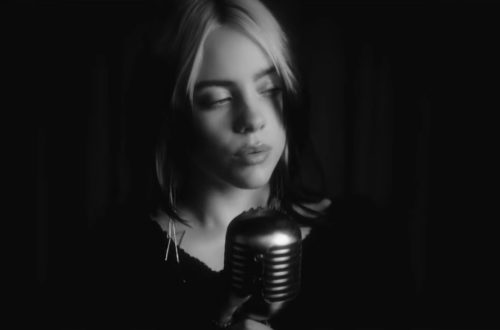 Must Listen: Billie Eilish’s Original Song to ‘No Time To Die’