James Bond January continues with my favorite actor to play him, master thespian Timothy Dalton. James Bond’s wild, dangerous and unique missions are one of the elements that makes his character and the series so popular. Sure there’s gadgets, women and exotic locales which seem so abundant they fall out his pockets on screen but in every hero the human side is sometimes what really attracts us the most. James’ commitment to his mission has always (well mostly) been unwavering. This time his focus is on his friend; long time colleague Felix Leiter. With his “license to kill” revoked (a result of his operating outside of MI6) 007 is on his own and now he’s dodging bullets from bad guys and the good guys to avenge the maiming of Felix Leiter and murder of his wife (dark, huh?). Though, in typical James Bond fashion, he does it with flair, some snarky comments and explosions that would make Michael Bay jealous.

Licence to Kill tackles an issue more close to home than a some elite criminal mastermind on a quest for world domination. Bond 16 deals with drugs and while it was a popular plot device in 80’s films having Bond deal with it was kind of like a newspaper headline that read “British Agent Takes on Drug Cartel”. Sure 007 has been a product of world issues like space supremacy but drugs was like a white elephant in the U.S. and I think it was a wise choice to make it a plot device in the film. Did it do anything for the war on drugs beyond than selling popcorn and movie tickets? No, but I like the intended message. Here 007 faces off against the evil drug dealer Franz Sanchez who is played oh so brilliantly if not stereotypically by Robert Davi. So evil in fact that he even beats women; you know, just to solidify him as a bad guy. So James, stripped of his MI6 backing deals with Sanchez in a way that is standard operating procedure in the Bond world…yup explosions. Seems to be the best way to get rid of anything unsavory really, be they vehicles, counterfeit money, henchmen, or in the case, toxic substances. It is extremely exciting to see the lengths even 007 will go to get the SOB who murdered his friend’s wife. Almost the exact opposite of Sanchez when he says “It’s not personal, its business“. But to James, it is personal. Trite you say? Hell yes but Licence to Kill is still a lot of fun! Now personal accolades for the film aside, there is a school of thought that Timothy Dalton was a miscast Bond and one of the worst actors to portray him, behind only George Lazenby. I know one person who would take offense to that and I too would tell those people to reconsider their opinion. Personally I grew up with Dalton so before I knew anything about Connery or Moore, TD was James Bond. Now this isn’t just nostalgia speaking but Timothy Dalton is one of the best Bonds and the more time passes the more people are beginning to realize it. You can pan a guy for only being in 2 Bond films (1 in Lazenby’s case) and say he was terrible. But in the case of Mr. Dalton, his brevity in the series does not constitute a bad job per se. In fact it’s been highly publicized that, before Daniel Craig played 007, Dalton was the actor who most closely resembled Ian Fleming’s ideal image of Bond. While the series as a whole had it’s ups and downs and each 007 has at least one sub par film on their resume, you can’t say Dalton is the worst. The Living Daylights was a bit of a dud and Licence to Kill certainly made up for it. Sadly MGM’s financial woes (hmm, seems to be an ongoing issue) closed the book on Dalton’s run as Bond. Had he been given one more go I’m sure we would have had some very memorable Dalton films to look back on. Ahh wishful thinking never gets you anywhere does it?

There’s a lot of dated elements to this film but that’s really something you can knit pick with each 007 film. For those of you yet to see it there’s still lots of fun including, but not limited to, James foiling a cocaine run while water skiing, tons of vehicular chases/action stunts, as well as a young Benicio Del Toro and Wayne Newton (for reasons I still don’t understand). Timothy Dalton, apart from Daniel Craig for now of course, is the one Bond actor I wish would have gotten more than chances at playing old 007. He has more of an eliteness about him than did Sean Connery and he could be suave without being simultaneously condescending and non-threatening like Roger Moore. He acted circles around the former model Lazenby (not a tough thing to do) and to me will always be Bond to me. Man, the world really does need more Timothy Dalton! Hey Ruth, when are we going to start campaigning for TD to be in more films?? 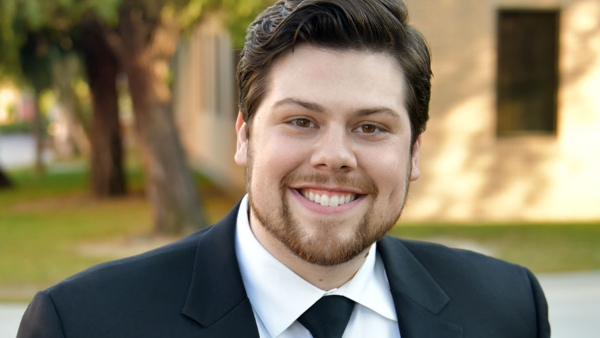