This past weekend I was watching Star Trek on Blu-Ray (which is jaw-dropping btw). While I just love that movie I couldn’t help but think, more than a few times, of how spot on the Galaxy Quest spoof was to the entire Star Trek franchise. After the movie ended, and I swore that I was a confirmed ‘neo’Trekkie’ I put Galaxy Quest in for a spin and laughed my ass off. For starters, this was no spoof in the vein of Airplane! or even those abysmal “Scary”, “Date”, “Disaster” Movies that studios term as spoof either. Not this was almost an outright homage sprinkled with witty humor and fine acting. I have always loved this movie yet not seen it in a while so this was a welcomed viewing for sure.

If there’s one thing I’ve learned from watching this it is definitely “Never Give Up, Never Surrender” especially if you have fallen so far from the spotlight, have become a joke and your entire existence is pathetic at best. Well never fear, you may one day be needed to help an alien race protect their way of life and save their species from extinction…with your acting prowess. Such is the case of the Tim Allen as he, still fresh from the success of Home Improvement and Pixar’s Toy Story leads his unlikely (and bored) troupe of fellow has-been actors to either certain doom or, (bit of a long shot) victory.

While this movie is supposed to be a satire, I really believe this film is much smarter that it appears on the surface. First off, you don’t get the likes of Sigourney Weaver and especially not Alan Rickman if this was going to be some half-assed spoof. This film had style from the very first scene…well not the very first scene but you know what I mean. Not many movies can attempt to poke fun at Star Trek, get a great number of laughs and still be fuuunnnnny on repeat viewings. This did that in spades and is due, in large part, to the contributors and simply fine performances. The best part about the acting, and it’s probably because of the way they were written, was that none of the characters were trying to be their Star Trek counterparts. I found that refreshing and most of all pressure free as the actors seems to enjoy their roles, not be hampered or confined to impersonations. They only ‘hinted’ at Kirk, Spock, Bones, etc and doing so, I believe this made the film work because each role was more of a reference to “type”, not a forced doppelgänger. Still Allen, Weaver, and Rickman brought something new, fresh and almost trademark with their efforts to the role.

One thing I have been learning after watching the same movies over the years is that more and more I am recognizing talented actors who it seems I have been ignoring before now. Case in point: when I watched Robin Hood: Prince of Thieves as a kid I had my eyes on Robin (Costner) and Azeem (Freeman). But the older I got the more I paid attention to the Sheriff (Rickman) and wondered how I had missed him before. Such is the case here. Years ago I couldn’t keep my eyes off Tim Allen, (and let’s face it, Weaver’s plunging neckline) but again Rickman seems to be the best part of every movie he’s in and now I only focus on him. As Lazarus he’s “nodding to” Spock but I just love how he, of all the expo-exhausted cast, is the most fed up with his level of accomplishment/recognition. Whereas Leonard Nimoy fully embraces the Spock character, and will give the “Live Long and Prosper” phrase at the drop of a hat, Rickman just cringes as fan after fan approaches him repeating his catch phrase. The emotion looks so real and heartfelt that you almost feel this movie is as real as the events facing the actors there in. Does that make sense?

I think everyone who worked on this film brought something special to the table and definitely took their job seriously. I mean, would Stan Winston work on a project he didn’t believe in? He and his team worked to create the make-up and special effects on Predator, Aliens, Jurassic Park, Terminator 2, just to name a few. These guys are top-level tradespeople and so you won’t find them taking a job that wouldn’t challenge them or showcase their talent.  The level of detail on Sarris was so intricate that it you’ll find yourself awed by its complexity…especially if you found yourself asking “this is a spoof movie right?”.

Overall there was a subtle balance between humor and drama and although this movie was played out quasi serious, it was Warp speed humor all the way. Thinking back it really was an ensemble batch of off the wall actors but played like a finely tuned troupe. The chemistry was undeniable and I think the pairing of some actors at times, specifically Tony Shalhoub and a young Sam Rockwell, were just the right mix of odd coupling that flourished. Whenever the movie was attempting to be serious, scenes like the one where Rockwell yells, “Is there air there? You don’t know! <takes deep breath>“, gave levity to the sequences as a reminder that this is a fun movie. All in all this movie was light years beyond fun, a very respectable tribute to Star Trek replete with tons of heart and is a treat to watch every single time. 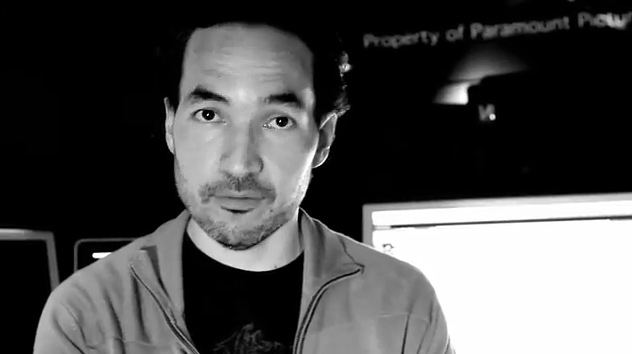