Disney’s Pirates of the Caribbean: On Stranger Tides comes out this Friday, May 20th so to get ready I revisited the previous three films this past weekend. Huzzah, man was that a good time (except for the last one which is kind of crappy). Disney re-released their trilogy on Blu Ray back in March and I can honestly say that adventures on the high seas have never looked this good which made it all the more enjoyable!

So who would have seriously thought than a static amusement park ride would serve as inspiration for such a thrilling and fun-filled film? Well this is Disney we’re talking about and they have the undeniable ability to spin anything into a success or a franchise…or both. Case in point. In 2003 this, the first Pirates of the Caribbean film, was released and much like Westerns, Pirate films were an unprofitable, unpopular and thought dead genre. So enter master producer Jerry Bruckheimer, artistically creative director Gore Verbinski, a talented cast and the rest his history.

The Curse of the Black Pearl is a wonderful mix of adventure, drama, wit and humor which is one of the reasons it was just so widely accepted and loved. It’s an enjoyable, highly quoteable film but one element stands out elevating it beyond any generic period film. The introduction of the titular “curse” makes this story far more interesting than any olde story about Pirates flying the jolly roger. Not saying that I don’t just love something along the lines of Master and Commander but beyond Depp’s Sparrow, could you have seen this movie being as fun, interesing or unpredictable if Barbossa and his men had been just plain old Pirates? Didn’t think so.

Now to say that the entire Pirates franchise’s success is owed to Johnny Depp’s masterful turn/creation of Jack, sorry, Captain Jack Sparrow would sell short the efforts of the entire crew/cast. But you don’t see Barbossa or Governor Swan t-shirts or birthday cards do you? And I guess every establishment needs a figurehead (or mascot). Yet for as much of a draw that Sparrow is to the series, a hero is only as good as the villain and the more I watch this the more Geoffrey Rush just shines as Barbossa. Although if you compare him directly to villainous icons like Hans Gruber, he’s not totally a bad guy as Barbossa’s only real motivation (as far as the plot of this film is concerned) is to lift the curse. Now as likable as Jack is I’d prefer to see more of Capt Barbossa, but that’s just me.

Tones of this film do get a tad dark, for a Disney film at least (it’s possible this might have become a ‘Hollywood Pictures’ film had that Mouse House backed production arm not been disbanded) but it’s actually refreshing this story had more to offer than gold and grog. Again, the ‘undead’ element was quite inventive and took what might have been a boring treasure hunt into a new and unexpectedly awesome direction (not to mention the fantastic visual team that pulled those moonlight scenes off). Comical side characters and some brilliant casting make this a solid win. Also, something for everyone, there was the almost love triangle which offered just enough hinted romance to keep this from being a ‘boys only‘ sea faring adventure.

Finally, rounding out this full bodied film is a superb and epic score from Klaus Badelt. Now if you thought the score sounded like soimething from with the vigor and energy of Hans Zimmer, well you’re spot on as Zimmer actually produced this music. Truth be told the score is actually a collection of work done by other composers including personal favorite Steve Jablonsky. So it’s like a think tank of gifted musicians which ultimately deliver the impressive and hummable Pirates theme we all know so well.

Fun any day of the week, the Pirates of the Caribbean: The Curse of the Black Pearl is an exhilarating story replete with a ship load of wonderful characters (some being instantly immortalized with this first film) that breathe new life into the dead genre. Verbinski is perfectly comfortable with the scale of this film and it comes off so effortless in this and the following films. So again, who would have thought a film about a park ride would make this big a splash in the water? Well someone did. So as I think this line sums up my feeling about The Curse of the Black Pearl, I quote Lt. Groves in observance of Jack “That’s got to be the best pirate [film] I’ve ever seen“. 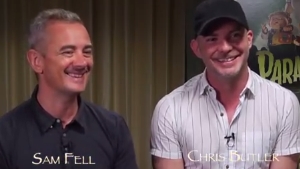 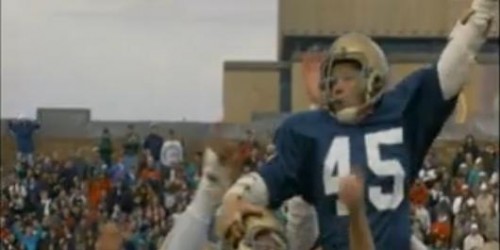