Yesterday we featured the indie flick Lucky and wouldn’t ya know it, we have a trailer for another DIFF film that got picked up. Neat, only too bad for me that I didn’t know this trailer dropped last month.

Adapted from Larry Beinhart’s book of the same name, Salvation Boulevard tells the tale of mega-church preacher Dan Day who accidentally shoots his atheist colleague after one of their rousing debates. While he and Carl (ex-Dead Head and poster boy for the “converted”) think they are the only witnesses, Dan soon receives menacing phone calls from someone threatening to expose him. Dan’s world (and sanity) is turned upside down as he believes he’s being blackmailed by the Devil himself. In turn he’ll do whatever it takes to keep the dream of building his religious mega city alive. Check it out…

One films that made some news at this year’s DIFF, Savlavtion Boulevard is a very, very funny film that is brought to life by its outstanding cast (I highly recommend you check out my DIFF review here). Starring the simply spot-on casting of Pierce Brosnan as Preacher Dan, Greg Kinnear, Jennifer Connelly (even the limited Ed Harris and Marisa Tomei) Sony Pictures and IFC bring George Ratliff’s hysterical satire to theaters this Summer on July 15, 2011.

I really enjoyed it but I’ll put it to you all. What do you think? Does this look funny to anyone? Any of you appreciate dark/satirical films and want to check this out?? 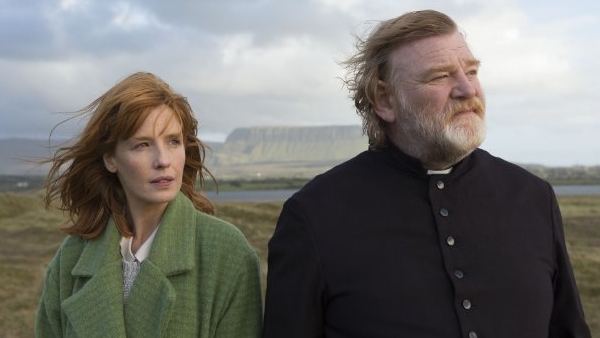