Nebraska could well just be subtitled as The Importance of Being Monotint. In a year where everyone and their cool grandma has gone back to black and white, Alexander Payne uses the absence of chroma better than most, or at least in a way that’s more viscerally effective. In two hours, Payne cobbles together a shockingly accurate portrait of the US’s flyover states, at least as envisioned by those of us living on the East and West coasts; they’re desolate, barren, cultural wastelands, places that time has forgotten, populated by people modernity has passed by. Seems like the perfect starting point for an acerbically funny critique of the world Payne himself sprang from. In truth, that’s half of what Nebraska is all about – wryly taking potshots at the insular, stubborn, taciturn citizenry of his home and shuddering inwardly at the backwards, hopelessly behind the times towns that they refuse to abandon. (Or spruce up.) But it’s also about a deep-rooted affection for nearly his entire cast of characters and for the way they live. After all, any road trip film in which a father and son connect, and the latter comes to see the former in new, heartwarming light, can’t be pegged as totally mocking. Payne’s blurring the satirical lines; he’s caught between the elements he alternately loves and despises about his movie’s titular location.

And, amazingly, all of these things harmonize splendidly. Payne begins with Woody Grant (Bruce Dern), introducing him to us in media res; Woody’s on a pilgrimage to Lincoln, where he hopes to cash in on a million dollar sweepstakes prize, which is to say that he hasn’t won anything at all. Everyone else, audience included, is in on the sad joke, save for Woody, whose family – wife Kate (a fantastically prickly June Squibb) and devoted son David (Will Forte, an apparently stealth dramatic talent) – struggles mightily at first to dissuade him, and eventually breaks down, each in their own way, and plays along with his delusion. Or willful misunderstanding. It’s not clear, at least until the last act, whether Woody is one sandwich short of a full picnic basket or simply desperate.

So the story goes: David and Woody motor from Montana to Nebraska, taking in Mid-Western grandeur in between pit stops to find Woody’s missing dentures. We get the measure of both men even before they arrive in Lincoln, for the most part – we managed to be surprised by Woody, if not specifically by him then by the character his old friends and neighbors speak of, for the rest of the film. Nebraska is all about peeling back the layers of a person (or, more honestly, persons) to discover their warm, nougat center. In some cases, of course, there’s nothing good to be found at all; Woody’s newfound wealth summons a tide of exploiters trying to wrest a hand-out from him, comprised of family and friend alike. Sometimes, people are just bastards. When they’re portrayed by the likes of Stacy Keach, that becomes a more intimidating prospect. Fortunately for Woody, David has an incorruptible heart and more brains than the combined IQ of his distant kin can match; Kate, meanwhile, suffers fools with all the tactless rage of a typhoon, and together they mostly succeed in shielding Woody from the harsh realities of being even a false winner in a world that’s peppered by bona fide losers. I don’t imagine that Payne misses the Ed Pegrams of Nebraska, but he sure does have a soft spot for the Kates and the Davids. Even a room full of Grant men, each in turn reminiscing over one of their numbers’ much-beloved cars, earns some warmth from the director; they might be averse to full-fledged discourse, but they’re a decent sort all the same.

That’s the other side of the film’s black and white perspective: nostalgia. Nebraska is very much a work intended to look back, not so much for the purpose of romanticizing bygone lives (Payne has no interest in doing anything of the sort), but more for educational, familial reasons. Woody keeps his designs for Lincoln and for the money to himself for most of the film, but for David, the trip supplies one teachable moment after another. He gets discover his father anew. That’s a loaded series of lessons for the younger Grant, some in heartbreak, some in emotional withdrawal, some in love; it’s a bittersweet, occasionally painful excursion, but nobody ever said that getting to know your parents for real is easy. In the midst of all of this there stands Forte and Dern. Forte, an SNL alum and the mind behind 2010’s MacGruber (a hit-or-miss SNL sketch made into an absolutely hilarious, thoroughly demented feature), gives a performance that’s nothing short of revelatory; he has eyes and a repertoire of expressions that convey everything the words he speaks often don’t. He’s a treat, and should give serious consideration to taking more turns like this, roles that indulge his quieter comic gifts and give him room for complex emoting. Dern, meanwhile, is every bit as great as early buzz suggests – frazzled, discombobulated, every bit the old cook his spouse, two sons (apart from Forte, Bob Odenkirk, less of a softie than his brother but a good egg regardless), and hangers-on believe him to be. At the same time, he’s wise in his fashion, or perhaps he’s simply so honest that he looks doltish as a result.

It’s a tremendous effort for Dern, but that’s to be expected. He’s Bruce Dern. Forte and Squibb are perhaps more memorable as sheer fonts of genuine sentimentality and stout forces of nature, respectively, and Payne takes care to ensure that Nebraska ends up being their film as much as his leading man’s. (There’s maybe an argument worth having about who the protagonist here really is.) Collectively, they all make up the joint focus of Payne’s ode – one part love letter, one part hate song – to his birthplace. Whether take the film to lean more in one direction than other is another story entirely, but the end result is the same regardless: there really is no place like home. 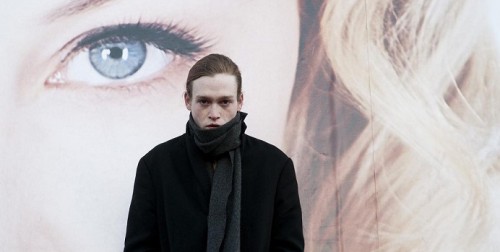