There’s a serviceable thriller to be found in The Call; in fact, you don’t even have to look very hard to find it. Even better, that thriller happens to be wrapped up in a police procedural yarn that sees the events of a crime unfold from a perspective that we’re not used to. Have you ever called 9-1-1? Have you ever thought for a second about what the person on the other end of the line does day in and day out for a living? Brad Anderson apparently has, and in The Call he anchors his story within that exact point of view. The results aren’t next-level or anything, but his approach makes the film a fresh take on a tired genre for one hour. After that, though, all bets are off as The Call completely and unceremoniously abandons the very dynamic that makes it remotely compelling to begin with. To an extent, the third act swap The Call pulls is understandable; people want to see their protagonists get involved in a story of this sort, to see them get their hands dirty in the name of vigilante justice. Besides that, who in their right mind would keep Halle Berry, Oscar winner, so thoroughly distanced from the action? Why shouldn’t she take matters into her own hands when protocol fails? Simple: because that would be incredibly stupid. Or rather it is incredibly stupid, because that’s exactly what happens.

In other words, you will believe that a shell-shocked and self-doubting 9-1-1 call operator has what it takes to close in on a psychopathic murderer when a legion of LAPD officers can’t. Scratch that- you probably won’t. Everything leading up to that point, however, occurs perfectly within the boundaries of reason, which makes the film’s decision to send its heroine, Jordan (Berry), out into the world to personally mount a search effort for a kidnapping victim all the more ludicrous. It’s not that we don’t necessarily identify with Jordan’s plight; she only has so much power over the film’s unfolding abduction plot, and nobody likes to be reminded of how little control they have over the horrors of the world. But that doesn’t excuse The Call from its own poor judgment.

We first meet Jordan in the midst of a nail-biting call that ends with the person on the other line being snatched away before officers can respond; her corpse is found not long after, at which point The Call leaps months forward into the future. Jordan doesn’t handle calls anymore, she just trains fresh meat on how the job works- that is until a newbie operator receives a call from Casey (Abigail Breslin), a teenage girl who has similarly been seized by a lunatic painted in strokes so blatantly ripped from William Lustig’s playbook that it’s barely worth calling Michael Eklund’s portrayal of the character a performance. The more we learn about him, the sillier The Call becomes, and that all occurs before Berry turns into Olivia Benson out of script necessity. The film works much, much better when we see the gears turning in Jordan’s head as she uses every trick up her sleeve to keep Casey calm and maintain her own composure. Both actresses are quite good; Berry walks a fine line between hiding her increasing desperation while making it clear that she’s panicking on the inside, while Breslin takes all manner of abuse throughout the film’s running time like a champ before earning her right to retribution. Eklund’s fine, jittery and weird, but there’s a sense that Anderson would have done his picture a favor by keeping his villain something of a mystery. When Eklund gets some pathos, The Call becomes a very different film that could have used another ten to fifteen minutes in the oven.

But the real stumble here is that last final, dreadful thirty minutes. Anderson at least deserves credit for gunning it and steering his plot to a dark, grimy, gruesome, and unexpected place- if you’ve seen The Machinist or Transsiberian, you know what he’s capable of when he’s in his element. The Call exists as a watered down variation on his past work, Anderson filtered through the Hollywood lens of expectations; the movie’s idiocy grows exponentially as his work descends into crowd-pleasing and formulaic drivel. It’s enough to make us question what he’s doing at the helm in the first place. Or if he even spent the entirety of production in charge. The Call goes in such boneheaded directions as to leave the impression that he walked away and let someone else take  over for him. That’s almost certainly not the case but observing each of the film’s parts separately, that final third looks a whole lot like it belongs to a far, far worse movie than the one Anderson spends the better part of his efforts setting up. Interestingly, this is mostly how Dead Man Down– also produced by WWE Studios, marking their second release of the year and regrettably not the last- plays out, too. Clearly Anderson’s will on this project wasn’t totally his own.

Given free reign, Anderson might have better empowered Breslin to fight back on her own, something Berry’s character tells her to do more than once throughout the narrative; Jordan might have found herself bereft, as usual, of the closure she never gets; we might not have had our intelligence insulted. The crime here isn’t that Anderson made a bad movie, but that he made a solid one and gave up on it at the end, which is by far a bigger offense. 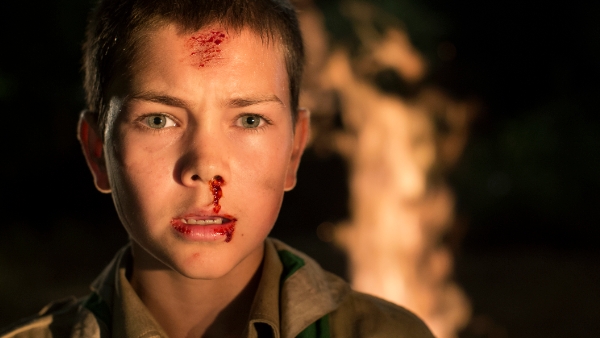 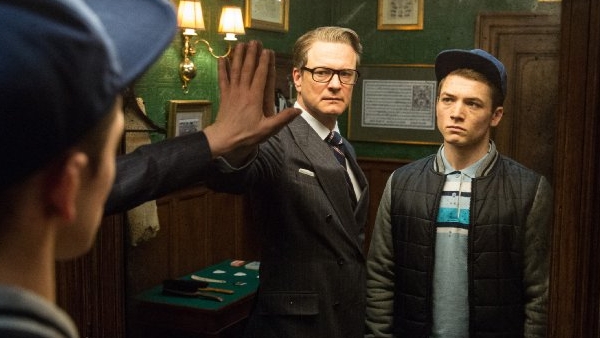