Is there anything more depressing than the sight of a star being devoured by their own persona? The Incredible Burt Wonderstone spends an hour and forty minutes shamelessly cannibalizing Steve Carell’s Michael Scott shtick, even though it’s been two years since he left The Office; apparently, nobody bothered informing director Don Scardino that the puffed-up incompetent buffoon act grew stale before 2011. The real disgrace here is that Carell really does know how to perform, even if movies like Date Night and Dinner For Schmucks give the opposite impression by building themselves around his most overwrought and inorganic routine- just like Burt Wonderstone does for a hundred shapeless, aimless minutes. Here, Carell plays the titular character, a washed-up magician in the vein of Sigfried and Roy who stages elaborate, flashy illusions in a Vegas theater with the aid of his childhood friend, Anton Marvel (Steve Buscemi). We first meet them as young boys, misfits who bond immediately over their shared love for magic tricks; by the time the story catches up to the present day, they’re a bickering old married couple. Burt has grown too big for his britches while Anton struggles just to get his ideas heard, and all the while their popularity wanes as their style of smoke-and-mirrors pageantry slowly loses its punch. Before too long, Anton quits following a disastrous publicity stunt meant to re-brand their act, and Burt is left to his own devices and forced to face his egotism.

That sounds like a much more interesting movie than the one Scardino wound up actually making. In fact, had The Incredible Burt Wonderstone been all about Burt and Anton as kids- or at least if the film bothered to spend more than ten minutes with them- it might have been a better picture. Burt’s journey as an adult involves a lot of rank stupidity and arrogance, the kind that makes us cringe not because it’s uncomfortably funny but because it’s uncomfortably rote; if you’ve seen a few seasons Carell’s Office antics, you have a good idea of what to expect here, except that Burt figures out his troubles and reconciles them within what seems like the blink of an eye, whereas it took Michael Scott six years, and even then he didn’t even manage to make that much headway. Once a man child, always a man child.

So this is a movie about going through the motions. I wonder if Scardino, or John Francis Daley (who wrote the screenplay), crafted Burt Wonderstone that way on purpose; one of the major throughlines here is Burt’s fading passion for his own craft, something he’s eventually chastised for by Rance Holloway (Alan Arkin), a former magician and Burt’s childhood hero. Rance berates Burt for, though not in as many words, not giving a damn about his trade any longer, and it’s hard to imagine that sentiment being totally accidental when the film gives off the sense that Carell is just doing what he’s famous for without deriving an ounce of joy from it. That’s probably giving the script and the production much more credit than it realistically deserves, of course, but the parallels here are uncanny, especially when we consider how Burt Wonderstone might have played if its jokes were any good. But this is a painfully unfunny movie, in large part because we’ve seen this kind of disingenuous nonsense forced out of Carell before. Carell works best when he’s being honest, and his epic, frequent freak-outs over the state of his life ring as hollow as they usually do (because sometimes, his huffy tantrums work like gangbusters when the character calls for it; see Anchorman and Get Smart). In fairness, Burt Wonderstone does give Carell the opportunity to turn on his innate nice guy charms and win the audience over as Burt’s arc progresses, but the buoyancy the film enjoys with Carell is in his true element just ends up underscoring how awful the loudmouth jerk bits are.

And again, the film isn’t all that funny in either mode. There are a couple of knockout moments and memorable one-liners scattered here and there throughout the narrative, but most of them belong to Alan Arkin, who’s so good at playing the grumpy but wise old curmudgeon that it hardly matters that he’s just playing the same character as in Argo or Little Miss Sunshine. (Which by happy accident also contains one of Carell’s best screen performances to date.) It’s a “greatest hits” sort of role, but Arkin’s such a delight that you’re happy to watch it. Meanwhile, Jim Carrey steals the parts of the show Arkin graciously chooses not to; as the Criss Angel-esque street magician Steve Gray, Carrey lets himself off the chain in the best ways possible with a character who should be exploding into fits of unhinged caterwauling at regular intervals. Of course, the acting isn’t the problem- for the most part, anyways. Even Olivia Wilde, an actress of typically blank dimensions, shows a lot of life here as Burt’s spurned assistant, Jane. The real issue is that Burt Wonderstone is a dull and amorphous structural mess. Even though we’ve heard the one about the pompous has-been before, the film owes it to its audience to provide the necessary set-up and pacing, but Scardino manages to both rush and meander at the same time. Burt Wonderstone plows forward, but without proper, identifiable act breaks, the entire movie feels like it goes on forever. Ultimately, the film emanates a sense of duty, hitting all the expected notes because, well, that’s its job- but that doesn’t make for satisfying comedy.

Maybe Burt Wonderstone should have taken its own advice. As Arkin points out halfway through the movie, if a magician doesn’t believe in his own hocus pocus, then the audience won’t, either. In the end it shouldn’t matter that we know how the story’s going to go; like good magic, good filmmaking of any kind, whether it’s a drama or in this case a comedy, should make you believe in its fabrications. At the very least, it should be funny. Pity that Burt Wonderstone fulfills neither obligation.

ALL PASSES CLAIMED – Advance Screening Passes to ‘THE MONUMENTS MEN’ in AUSTIN, TX 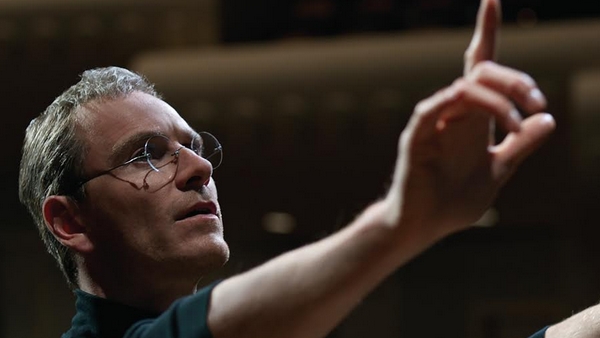