How do you sum up seven years of anticipation in succinct, clean prose? Alfonso Cuarón hasn’t had a film in theaters in nearly a decade, but he’s been hard at work on his latest, Gravity, for nearly that entire span of time; couple the movie’s long gestation period with an observation on the quality of his preceding work, Children of Men, and Gravity immediately becomes the sort of project any dyed-in-the-wool cinephile worth their salt will accord their attention and their unabashed excitement (both of which are sure to be intensified in light of the wildly positive early reviews out of VIFF).

So, with that in mind, here’s the full international trailer for Cuarón’s dizzying vision of interstellar catastrophe. Be advised: those bearing the weakest of stomachs may feel a bit wobbly just from watching this clip at home on their computer monitors, but the sensation may be worth it. Cuarón’s a master of his craft, and Gravity looks no less exceptional than the rest of his output – and it may be even more so, at least if we take the high praise the film has already received at face value.

For those unawares, Gravity‘s basic conceit involves a disaster that befalls the space shuttle Explorer, stranding medical engineer Ryan Stone (Sandra Bullock) and veteran astronaut Matt Kowalsky (George Clooney), alone in the cosmos with no way of communicating with mission control, no means of getting home, and a dwindling oxygen supply. And…that’s it. That’s all there is. Ninety minutes of airless tension, all carried out with Cuarón’s bravura filmmaking chops, and in 3D no less. That’s probably the film’s big “what if”, but the last few years have proven what a good filmmaker can do with 3D technology. Cuarón’s certainly good – better than good – so there’s good reason to be curious over what he does with it, especially since James Cameron has come right out and hailed Gravity‘s artistic success with some pretty bold words. Here’s the direct quote from the man behind Avatar:

You can mull over that for a bit, though you won’t have to wait much longer to see if Cameron’s on-point or not: Gravity hits theaters October 4th, 2013. 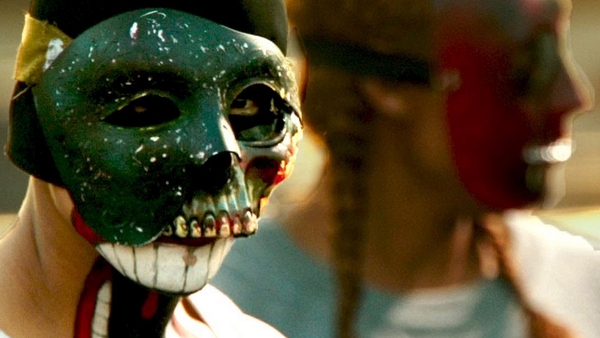