Vin Diesel has never seemed more comfortable in a role than he is playing the intergalactic space criminal known as Riddick. His latest in the trilogy, simply titled Riddick, is an effectively dumb and fun film that plays to its strengths and doesn’t get lost in chasing rabbits. There are the familiar tropes throughout, but rarely can I remember three films that feel so different yet similar. I know that last sentence doesn’t make a whole lot of sense, but neither does the way the films flow into each other. Pitch Black was effectively a fantasy thriller that put Vin Diesel on the cinematic map before he exploded in The Fast and the Furious the following year. Pitch Black was working with a modest budget and had low expectations, yet proved to be a theatrical dark horse success and gained a cult following.

Four years later, Chronicles of Riddick, this time written without the aid of original story creators Ken Wheat and Jim Wheat, saw the return of writer/director David Twohy. Instead of pitting Riddick against alien creatures in a fight for survival, Chronicles leaned towards expanding the storylines and mythology of Riddick and seemed content with letting him fight other men instead in more of an action blockbuster style. That was a shame considering it made little use of Riddick’s signature eyesight which allows him to see at night and went away from the horror trappings of the first film.

That mishap ended in box office failure. It was considered a departure by many from what made Pitch Black such a runaway cult favorite, and the fan favorite ridicule that the film opted for a PG-13 rating instead of Pitch Black’s R was trotted out. Yet it still found moderate commercial success in the home video market and spawned the creation of tie-in novels and a few video games. Clearly, Twohy and Diesel had a following in the Riddick character. Now, over nine years later, Twohy and Diesel are back with a film that makes no bones about being rated R and attempts to go back to what made Pitch Blackso much fun. In my eyes they have mostly succeeded. Riddick is back to being the badass audiences have longed for and he’s got a new slew of creatures to dispatch. Of course, it’s also about having a number of expendable people around him so we can add some dramatic sequences and heighten the thrill. But the film takes it’s time adding those other characters. For nearly half of its two hour run time, it’s just Riddick.

We begin in a new world with Riddick alone and broken. He’s seemingly left for dead, and the film takes careful measures to tell the story of how he got there and what’s happened since the end of Chronicles. It’s a nice nod to the fact that this film is part of a larger franchise and down the line we even have tieins to Pitch Black as well. We develop Riddick as a sympathetic character of sorts. We see him learn his environment and even take on a companion in one of the wild creatures. One creature in particular, though, takes up a lot of Riddick’s time in mastering. Rarely have we seen Riddick become a student. He nearly always charges full force into conflicts. Here, we see him take the time. It’s a nice touch of slowing down the pacing and letting his character grow into someone more relatable. But don’t worry. That doesn’t last long and soon he comes to terms that this planet seems to be largely abandoned by any humans. When he finds a mercenary bunker and activates its emergency beacon, he calls in a group of heavily-armed bounty hunters that stand as his exit and his enemies. It’s here that the film starts to truly take shape as a proper Pitch Black follow-up and the pacing takes a decided turn towards fast-paced. A neat feature of this film is that amidst all the horror, there are some incredibly cool creations of science fiction. There’s a stationary Cyclops-robot that can track creatures in the distance, some of the mercs have the biggest taser guns you’ve ever seen, and there are some fun hover bikes that seem to be a mix of The Matrix with a Harley Davidson. I also loved the touch that Riddick definitely isn’t an Earthling in a clever moment. A downfall is that once the creature-on-human action starts to ramp up, they go from ultra-menacing to something less than. It’s a shame since the main creature is such an interesting one. At first we see it in broad daylight and I was immediately enamored with it. The creature actually moves a bit like the ones seen in Pitch Black and there is a connection there. Pitch Black creature designer Patrick Tatopoulos was responsible for the raptor-like creatures in that film and he had come up with a design during Chronicles that Twohy and company never got around to using. So, when a baddie creature was needed for this film, Twohy used Tatopoulos’ design.

With foul and gruff language, a bit of a sexist undercurrent (largely aimed at the beautiful and ferocious Katee Sackhoff), and some fun action set pieces, Riddick will likely satisfy those looking for a blend of both Chronicles and Pitch Black. The curious thing is exactly that. When Twohy and company realized that much of their core audience for Pitch Black wasn’t on board with Chronicles, they had to make amends. But they couldn’t also abandon the following they had picked up from Chronicles either. Riddick knows that it is a B-movie and it never makes excuses for itself. The story is straightforward and unencumbered by trying to outsmart you. That leaves plenty of room for the fun to take center stage with Diesel perfectly at ease. 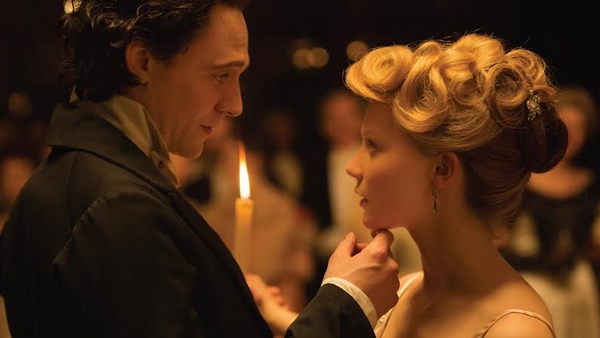 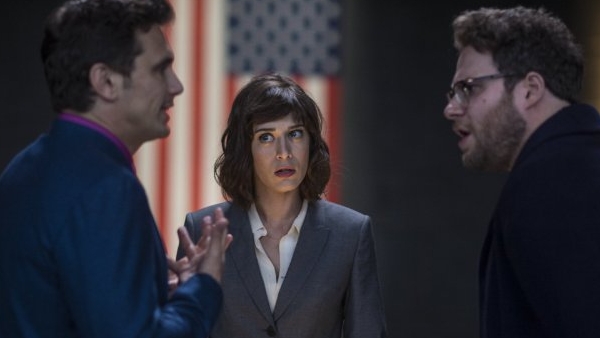