I’ve checked, double-checked, even triple-checked my calendars, but the date still shows as November 28th and not December 25th. That means Christmas has come early for some of us, courtesy of Warner Brothers, which has kicked off the viral marketing campaign for Pacific Rim in earnest today with a bevvy of preview materials for our enjoyment. We’ve talked about Guillermo Del Toro’s latest around here in the past, and I think it probably goes without saying that most of us on the Go, See, Talk! staff are pretty excited to see one of today’s monster maestros tackle the realm of Godzilla and King Kong with his own kaiju film. (Though I don’t want to speak for everyone. I mean, I know I’m excited.)

So to say that today’s collection of Pacific Rim content– two videos and a poster– has me all worked up would be putting it very, very mildly. Admittedly, we’re only talking about a couple of viral clips and a robot blueprint, but it’s hard not to fly into full-on anticipation mode for the pictures Del Toro helms– especially when they receive the sort of massively enthusiastic response the film enjoyed at this year’s San Diego Comic Con. Maybe Del Toro a film in which giant monsters tussle with giant robots piloted by a cast of humans, including Idris Elba, Charlie Hunnman, and Ron Perlman is precisely the sort of project that should play well in an environment like the SDCC, but I’ve heard positive things from sources that I trust. In short, I’m willing to surrender to the hype. (Though it helps that I’m a diehard GDT fan.)

First, we were treated to a test of the Kaiju Emergency Alert System (courtesy of Film School Rejects):

Nothing major, but it’s a simple bit of world-building that helps establish the film’s world-building. From what I understand of Pacific Rim based on its synopsis, humanity has been dealing with kaiju for years, so monster attacks are an everyday occurrence. What better way to warn of colossal, monstrous disaster than with a blaring televised emergency siren?

Next, a blueprint of a jaeger, one of the robots designed to combat kaiju incursions (by way of Wired): I admire the aesthetics here; I like that this thing looks sleek, uncomplicated, absent of the sort of business we tend to get out of big CGI creations that serve as centerpieces in most blockbusters. No frills but nonetheless capable of catching the eye, and that’s just a blueprint. My favorite part might be the sense of scale we get out of the shot– there’s a little pilot sketched in by the machine’s feet. We’ve already seen the disparity between the size of the robots in comparison to their human helmsmen, but it’s nice to see that element emphasized once more.

Rounding out the day’s bounty of teaser crop is a manipulated news video capturing kaiju attacks on camera at the onset of the kaiju uprising (thanks to Badass Digest):

I might be a tad concerned that the footage will draw immediate comparisons between Pacific Rim and Cloverfield, if only because the two films have nothing to do with one another and the former isn’t being made with the found footage conceit. But that’s a minor worry, since the film’s eventual trailers and TV spots ought to clear up any misconceptions about Del Toro’s picture, and besides that I think this bit– with its tantalizing flashes of kaiju in action– is a great way to lay the groundwork for the film’s narrative.

Nice to see the advertising gears on this begin spinning so far in advance. So far, I’m still hooked. How about the rest of you?

Time to Meet the Devil: 'Only God Forgives' Teaser Clip 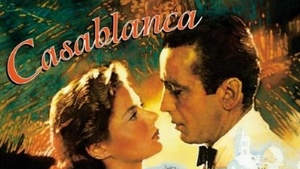 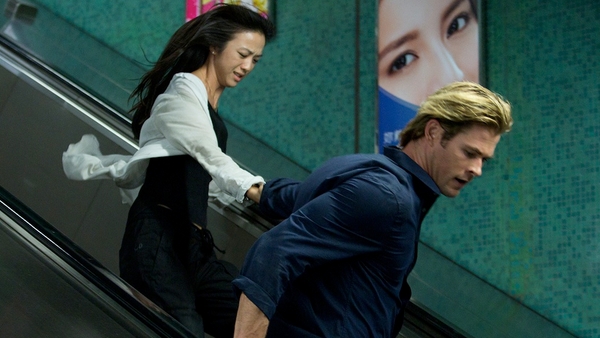