Paul Greengrass is known for making some rather hard-hitting films. Regardless of whether those hits land physically (see: his Bourne films) or emotionally (see: United 93) he’s a no nonsense director who tells taut and weighty white-knuckle tales about survival and the potential power of the human spirit. His latest effort Captain Phillips, the adaptation of the autobiographical novel “A Captain’s Duty: Somali Pirates, Navy SEALS, and Dangerous Days at Sea” written by the actual Captain Richard Phillips is, in short, a tense and involving kidnapping movie. In a way it is very much the maritime counterpart to United 93 which makes Greengrass the right man for the job. . Coming face to face with desperate people willing to take lives, let alone their own, because they have nothing to lose isn’t something that only happens in movies either. Moreover, when Captain Phillips (Tom Hanks) and his crew face terror it’s in the form of Somali pirates.Yet even with the ship’s countermeasures and on-board defenses utilized to their fullest sometimes bad things still happen and it’s not overwhelming numbers, strength or weapons that will triumph, it is sheer will. Kind of heavy stuff coming from a guy who in every picture looks he’s lost his mind but there’s focus under that ridiculous haircut and Greengrass delivers an impressive film about poise under extreme duress and life-threatening situations.

What Greengrass does best (beyond mostly leaving his polarizing shaky camerawork the hell out of this affair) is cast Tom Hanks in the role of the real life Phillips. It’s a role that allows him to play an every-man character who shows uncanny resolve during his extraordinarily bad day at the office. With a reserved power that few but Hanks can pull off he commands the role with equal parts subtlety and vulnerability. He is frightened by the Somali attackers who have taken over the ship yet his false bravado and confidence is just an act – a performance put on for the sake of his crew and an effort to get them all home alive.

To try to allow this story to play even handed and get a good grasp on the mentality of both sets of characters, Greengrass shows the film from two points of view. It begins with Hanks prepared for his voyage (family banality and all) before focus shifts to show the Somali citizens living in destitute. In just a matter of minutes the level of hopelessness sets in and a degree of near empathy is established. These people are not only lost but held down by an oppressive  rebel faction who intimidate and all but force citizens to piracy; it’s either that or sell khat in the street just like everybody else. Since there’s no substantive commerce or industry to speak of, like day laborers citizens, both forcibly and not, line up to join boat crews. After all, the life expectancy is just as short on shore as it is on the boat so piracy is the lesser of two evils especially if a successful haul means feeding your family. Once these story lines converge it’s sobering to see how just four armed men can quickly take over a billion dollar cargo vessel. Yet it’s even more astounding to see Phillips keep his cool when coming face to face with the pirates – and repeatedly too. He doesn’t think he’s smarter than they are but coyly uses every resource at his disposal to keep himself and his crew safe. Though the smartest thing he does is take his assailants seriously. The first rule of being captain is that no matter what he must appear to remain in control. This role is continually demanding but brings out the best in Hanks’ again proving why he’s America’s favorite actor. But a lot of credit goes to first-time actors like Barkhad Abdi and Barkhad Abdirahman who really held their own against Hanks. These pirates live such primitive and oppressed lives that some of them don’t even own shoes but somehow have and wield dangerous assault weapons. Over the course of the film, Phillips’ battle of wits is purely dedicated to defense as he tries to think three steps ahead. He knows the ship, they don’t, simple as that. But part of what makes the story work is the duality to the narrative in which we see that Captain Phillips and his captors are not very different. This ordeal lasted 5 days and they’re equally exhausted, inexperienced and scared but neither party can’t show it. But the true brilliance in the movie is Hanks perpetrating composure and  and looking like he’s in control…but wow, once that levee breaks nothing can prepare you for the film’s final moments.

At 134 minutes the story feels like overlong but you start to understand what Greengrass was going for. It’s to put you in the mind frame of not just Phillips who is wary and approaching the extent of his patience (and hope) but also the pirates who similarly just want to be done with it all. The film is well-paced yet half of the emotion elicited from the story is due to Henry Jackman’s music. He gives the score a very primitive sound that continually builds without beating us over the head with tension filled cues. It has a good balance between Phillips and the pirates but the best work is in the film’s finale which starts slow with great piano work and swells to enhance/mirror the events befalling Phillips. More to the point made above, you better bring some Kleenex with you – once the credits start rolling, you’re going to need a minute. 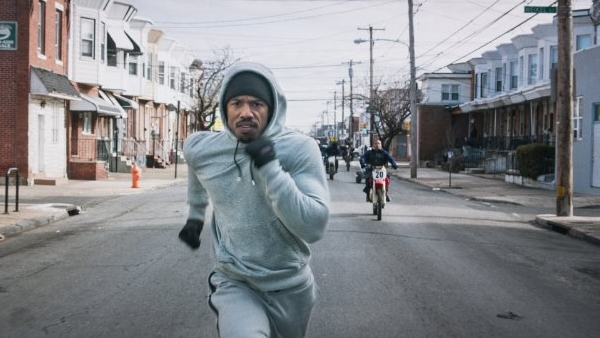 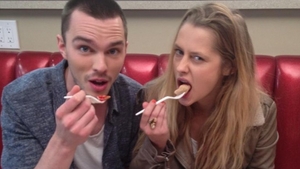