Dubbing Hell Baby as a funnier version of A Haunted House or any entry in the reprehensible (and apparently endless) Scary Movie franchise feels like a serious kick in the pants to The State and Reno 911! veterans Robert Ben Garant’s and Thomas Lennon’s dryly funny exorcism farce. That’s sour news for the film, especially since many critics might end up making the exact same comparison, but on the bright side of things, Hell Baby happens to be a legit comedy; it’s funny on its own terms, and not just as a superior – if slightly uneven – alternative to the recklessly terrible and laughter-challenged garbage that passes as parody in the mainstream. The caveat here should be obvious: your mileage may vary depending on how much Garant’s and Lennon’s brand of humor tickles you, assuming it tickles you at all. They’re not reinventing themselves here, or daring themselves to expand their comic horizons. Instead, they’re just applying the blueprint that’s brought them so much success on television to film, pulling quad-duty as the writers, directors, and producers for the film while playing two characters in its cast. Normally, we’d call that ambition, but these guys can pull off the kind of crass, carefree silliness that peppers Hell Baby‘s minute running time in their sleep; the biggest difference here is the stage they’re putting their show on.

So, in other words, Hell Baby is everything you’d expect from their small-screen endeavors, but amplified. I cannot recall anything from Reno 911! that lines up with, say, a horrifically naked old woman with an aggressive campaign to molest Rob Corddry, or a round-robin session of baby punching, though we should acknowledge the possibility that my memory of that delightfully irreverent series may be fuzzier than not. Here, Garant and Lennon mock possession films rather than lowbrow, authoritarian entertainment, detailing the paranormal hijinks that harry newly expectant couple Jack (Corddry) and Vanessa (Leslie Bibb) after they move into a haunted fixer-upper – which bears the romantic moniker of maison de sang, among others- in one of New Orleans’ Katrina-ravaged neighborhoods.

In a film defined by bad taste, that may be the most vulgar stroke of all. One could spend hours musing over Hell Baby‘s setting, which feels almost totally arbitrary. At the same time, the random nature of Garant’s and Lennon’s locale never lends itself to any kind of rank insensitivity, just casual difference at most; for all that it matters, Hell Baby could be set in any charming American city characterized by European flourishes. The most regional flavor they squeeze out of the Big Easy comes from F’Resnel (Keegan-Michael Key), Jacks’ and Vanessa’s winsome neighbor, who spouts off homegrown colloquialisms and delivers exposition about the house in equal measure every time he spontaneously appears out of thin air and scares the bejeezus out of, well, everybody. (He has a habit of hiding in the residence’s crawlspace, reading dusty old porno mags.) Put bluntly, you may choose to be offended by whatever implications and allusions you detect in the film’s backdrop, but Hell Baby isn’t really going for “edgy”. This is just Garant and Lennon making the kind of movie that they want to make, the way they want to make it. In its own crude way, Hell Baby should be applauded just for the independent, D.I.Y. bent at the core of its production, though it’s hardly a statement piece by any stretch of the means; this is a movie where Michael Ian Black gets crucified and disemboweled, and where Riki Lindholme (taking a much different turn than seen in Joss Whedon’s Much Ado About Nothing) stands comfortably in-frame wearing naught but her birthday suit for an entire scene. No one’s celebrating the spirit of the filmmaker, here.

And that’s fine; all we really need to focus on are the punchlines and gags, which are plentiful. At the same time, Hell Baby‘s script feels akin to a series of coltish haymakers thrown with complete abandon; any number of them land (many involving Key, easily the best presence the movie has to offer), but that leaves a dismaying amount that hit nothing but air. Which ones work and which ones don’t likely comes down to the viewer. Garant and Lennon define their humor through sheer variety, going from gross-out juvenility to zany slapstick. There’s something for everybody here. Except for genre satire. The film doesn’t much care about horror movies, a’la Rosemary’s Baby, which it most closely apes, and instead treats the archetype just a shell which it stuffs with dopey cops, inept psychiatrists, macho tough guy priests (Garant and Lennon, coming in a close second beyond Key as Hell Baby‘s greatest assets), and lots and lots of nudity. Admittedly, a few catch-all jokes about hell hounds and ghosts pop up here and there to remind us what sort of movies the picture’s aping, and the handful of gore shots manage to impress enough on a visceral level – if you’ve ever wanted to see Michael Ian Black crucified and disemboweled, Hell Baby is your joint – but it’s still hard to call this a true parody.

What we’re left with works on purely absurd terms and also leaves us wondering what Garant and Lennon were really aiming for here. Hell Baby‘s not a failure, per se – it delivers in the necessary departments – but it’s weighed down by the nagging sensation that something’s missing in one area or another (or perhaps all of them). Could this have been a superior comedy, a sharper spoof, a smarter story? Probably. But while Hell Baby is neither the raunchy genre send-up we need, nor the one we deserve, it passes the smell test and should be just naughty enough to please Garant’s and Lennon’s fans. 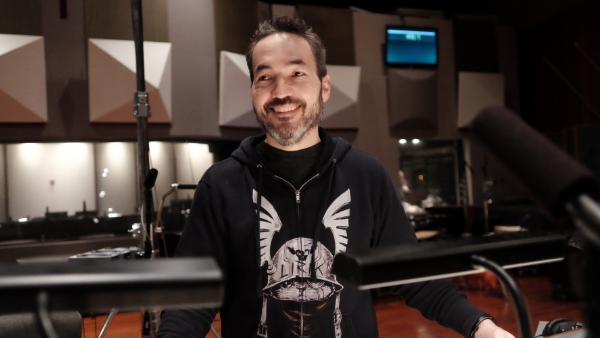