The latest Wolverine adventure, if nothing else, is a return to form. Instead of holding the clawed mutant back, director James Mangold truly unleashes the beast within. We find Logan beaten and withered from his travels and in hiding from his snarling ways. When he finds something to fight for, though, he truly lets it out unlike we’ve seen before. The other nice thing in this adventure is that a change of setting is fully embraced. Fans of the character from the comics will know Frank Miller’s influential comic storyline of Logan’s travels to Japan. The film plays to a lot of the same beats, though it has some clever and some no-so-clever tweaks. Actor Hugh Jackman has long been vocal about his love of that particular storyline, and it’s nice to see how much Japan becomes an integral part of the journey.

Gone are a lot of the hokey elements that were woven throughout Wolverine’s first solo outing. Let me be frank though–if you’re looking for an accurate retelling of Miller’s storyline, you will be disappointed. If you can embrace the changes, however, there is ample reward. Wolverine’s tale often resembles some of the vampire mythos. His agelessness and seeming immortality are issues that he has to deal with alone, though. In his world, vampires don’t exist. So he’s alone to deal with past lovers and future ones that he will likely outlive. The film plays into these themes by starting off in a pivotal sequence during World War II in Japan and carrying that element throughout the film. In fact, while the runtime might feel a bit overlong, nearly every element introduced in this film is pulled along and referred back to at a later time.

A new wrinkle is what feels like an embrace of Wolverine’s inherent lethality. His biggest weapon are his claws, but it’s his healing factor that allows him to continually get in close to make them effective. Without that combo, he isn’t nearly as effective. Cleverly, The Wolverine plays into this and continually tweaks that relationship. Yet, when he eventually finds his footing, we see how brutal the results can be. I found it hard to count how many times Logan impaled someone and then threw them over his shoulder. While you won’t see much blood spilled, the violence is still ever present and known. While I have my issues with the bombastic way the film tries to setup a true villain that Logan has to go toe-to-toe with, the elements setup around him work quite well. Viper, a smaller comic villain, has a key role and is pulled off quite well. She feels particularly lethal, and again and again is an equal to anyone she faces off against. Wolverine also gets a buddy of sorts that can also hold her own. When he inquires about her powers, she remarks “We don’t all have claws.” The nice thing about the film is that it actually rewards thinking. Even as I sit writing this film, I find myself recalling other intricacies that the writers wove through the film. Another nice element that is part of the setting is the use of quite a few Asian actors. While I try to get around to watching foreign films when possible, I’m not a particular affianado at recognizing Japanese actors. Yet, they avoided the typical big-name actors and opted instead for relative unknowns to most American audiences. Just the same, they all bring a level of confidence in the story that they are telling that is refreshing. There’s little pretense.

The Wolverine shows a confidence in the character at its heart. He’s troubled and isn’t an expert fighter. He’s largely skated by on his healing factor but it plays as a double-edged sword. What toll does relative immortality take on one’s mind? These are questions and ideas the film ponders. Whereas Logan’s first solo film made me wish they had kept him in the group films, this one makes me confident that he has plenty of stories that will be both entertaining and push the character forward in a meaningful way. 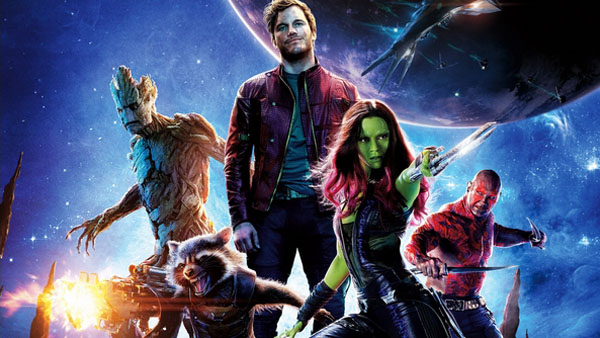 FREE Advance Screening Passes to ‘THE CROODS’ In AUSTIN, TX