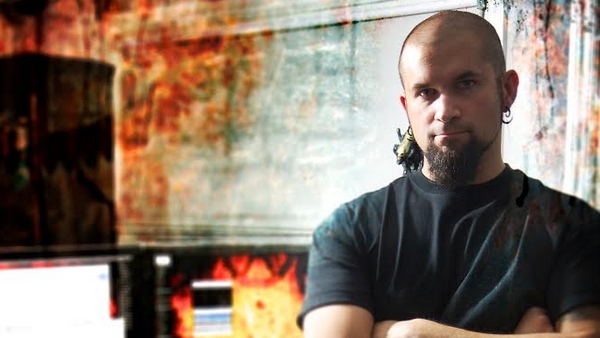 Enjoy our session with Kevin Riepl.

GST: When were you approached and what made you say yes to score Cabin Fever: Patient Zero?

KR: I worked with Kaare Andrews on his contribution for The ABC’s of Death anthology and shortly thereafter he was chosen to direct Cabin Fever: Patient Zero. We worked well together so I approached him about working together on Cabin Fever.

GST: Does scoring a “horror” film automatically put you in a different mindset when you start writing?

KR: It does and it doesn’t. I approach a horror film the same way I would approach any other film at the start. Understanding the story, the setting, and character arcs is first and foremost. The fact that it is a horror film then puts me in a mindset of how and what way I am going to convey this “horror”.

GST: How difficult is it to keep from falling into cliche sounds or use instruments in a manner consistent with the genre?

KR: When scoring horror, I do make a conscious effort to try and keep it interesting and not so predictable….Using obscure instruments alongside symphonic or traditional instruments. As intended, these may not match up quite well, which inevitably helps convey the “something is not right” feeling needed often in horror films.

GST: Some scenes in the film are made better because it is music and music alone driving the scene. How do you decide when to go full on using music to tell that part of the story or conversely pull way back and take it out completely?

KR: This is decided mutually between me and the director. Usually at the spotting session or during the writing and approval process, we’ll come to points in the film where either the music is needed to help drive the scene or conversely be pulled completely out. The story essentially dictates what the music needs to be doing.

GST: It’s very effective as a story and the music puts us even more on edge. So is it difficult working on something where nearly every note is unsettling?

KR: Well, I don’t think every single note is unsettling, but I do understand what you mean. There really is no reprieve from the tension in the film, notwithstanding a few moments where the story and characters are being established. That being said, I don’t find it difficult creating this unsettling atmosphere. It’s fun and it’s challenging to maintain this tension writing eight to ten hours a day.

GST: As an audience member we’re kept in suspense for 90 odd minutes but you and the musicians are working on this for weeks. What’s it like on your end being so deep into the writing process?

KR: It definitely helps that I have more time with the film. Watching the film over and over again, while working on it, the tension lessens considerably and I see the story from the inside out. My job then is  to get in there and figure out what’s the best way to support these characters, the virus, the setting and the overall story. Once I’ve decided on my ‘starting’ palette of sounds and instruments, I often like to score the film chronologically. Doing this really allows me to develop the score as the story is progressing and unfolding.

GST: The film has some really gory kills and gag inducing effects. Kaare Andrews really went for it in some instances, like that kickback scene with the gun…that was awesome. I did not see that coming! Do you try to score a scene to match the action or set a blanket mood made of eerie sounds?

KR: Yes that kickback gun scene was good. In scenes like that, I try to score the scene as a whole. When music starts to punctuate certain little things like actions or comments in a scene it becomes very cartoon-y and definitely takes away from any seriousness.

GST: How long did you have to score the film and what were some of the biggest challenges?

KR: If I recall correctly I had about 6 weeks to score the film and I don’t remember there being any challenges at all actually.

GST: What are your go-to horror films, regardless of the music/score? What do you find scary about horror and what films in your eyes hold up after multiple viewings?

KR: My go to horror film is ALIEN and by all means it holds up over many years of viewing. I was also a huge fan of the Nightmare on Elm Street films as well. These don’t hold up as well as a film like ALIEN does, but recent viewings definitely hold a bit of nostalgia to them. The Shining is another that definitely holds up after multiple viewings. Psychological horror films are the easiest for me to understand why they are so scary. It’s because the madness and horror are not coming from an external force or world or the dead. It’s coming from inside our own heads. Psychological disorders are all too real, making the story of a psychological horror film more plausible and downright frightening. 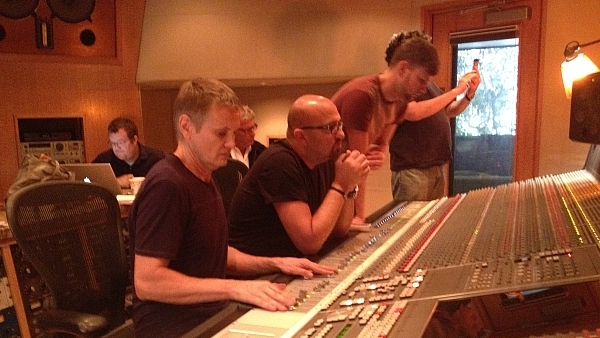 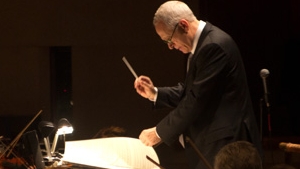 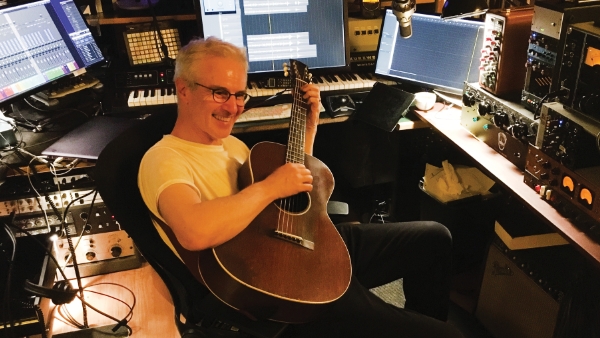