While I adore the first film OSS 117: Cairo, Nest of Spies it really pains me to say that I just did not like this film. OSS 117: Lost in Rio is the follow up to the smash hit Cairo: Nest of Spies and as it is perhaps the best spoof on the 007 series, this apple falls very very far from the tree. In what is nothing more than a series of bad jokes, awkward and long sequences Lost in Rio focused on all the wrong elements and ignoring story was the first in a long line of offenses.

For those of you who are new to this series, check out my review of the first film. Or if clicking takes too long allow me to sum it up here; OSS 117 is like a brilliant combination of Austin Powers and Maxwell Smart all in one. OSS 117 is a name that everyone should know as it really went a long way to making spoofs smart again. For this follow up film, director Michel Hazanavicius might have tried too hard (or not enough, I still can’t tell) and everything unfortunately turned into a muddled mess. Right off the bat Rio looked to be more like a music video or a homage to the artistic stylings of films from the late 60s/early 70s. They spent too much time on these little sequences that it not only took away from the film it was as if they were trying to make up for the fact there wasn’t much of a story.

As I am one for visuals I was so taken aback by the look of the film as it perfectly captures and emulates the style, clothing and even cinematography of the 60s right down to the scene cuts. But while the production crew focused on the visual I wished they would have spent more time on the narrative. Instead of trying to grow 117 (maybe I’m asking for too much from a spoof film) he remains the ever charismatic dimwit but this time around he seems even more aloof. It’s bad to the point where simple things escape him and it’s just not as funny as it was in Cairo. Lost in Rio, while visually gorgeous, falls off severely due to the writing failed as it relied too heavily on 117 being an affable racist/misogynist. While it wasn’t offensive it just failed to hit the mark and dragged on for too long.

No fault can be found with Jean Dujardin at all. In fact the best humor in the film are the sequences where he is just so proud of himself. The character 117 is quickly becoming one of my all time favorites (yes joining the ranks of Jack Burton). 117 carries the film while some jokes fall flat and his co-stars have uninspired parts.While this may be done to give prominence to 117 it doesn’t make 117 any better because a hero is only as good as the villain right? Not that the first film had a heavy anywhere close to Blofeld, Goldfinger or even Dr. Evil while we’re talking spoofs but this film had they type of bad guys you’d see on TV. When all is said and done, Jean Dujardin is extremely likeable and you are drawn to his antics but even he can’t keep this house of cards from collapsing.

Aside from the poor story and weak characters this was also terribly paced with unnecessary scenes and sequences. Inserting a plot device where 117 is afraid of heights after a tragic trapeze accident was not only out of place but stupid. Also the jokes were not just kept on lagging but also pretty far in between. Cairo relied on some genius sight gags and sly humor. In a serious film the story is well written and some parts may be funny. In a spoof the story can be ludicrous and it is irrelevant as the jokes are well written. This was just ludicrous and unfunny. In fact a good number of jokes were even painful just to sit through. I found myself wincing actually and that’s not a good sign for a comedy. If the trailer above didn’t do much for you, that’s pretty much how the film plays out. Lost in Rio shares a degree of luncy consistent with the Naked Gun movies and that may be right up your alley but it wasn’t what I was expecting and was just disappointed.

Trying to find the good amongst the bad isn’t impossible but it really isn’t worth the trouble. Not a total loss, there are a few gut busting laughs to be had but they don’t make up for the blandness and weak writing. Funny but I found the most entertaining part of the movie to be the photo album sequence in the credits. Had the film channeled that simplicity and brilliance into the film itself I’m certain the movie would have turned out so much better. It is a bit unsettling as this film’s failure to come even half way close to Cairo’s success means we may never get a redeeming chance for Agent 117 and I think that makes upsets me most of all. 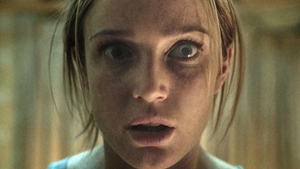