From Toys to Bugs (or Antz), and from Gnomes to Smurfs and other assorted tiny creatures, computer animated films never fail to bring diminutive worlds to life on the big screen. From director Juan Jose Campanella comes this light-hearted and fun looking adventure into the world of foosball. That’s right, it’s not just for basement recreation or college bars anymore. The 3D animated film is about a young boy named Amadeo who, with the help of the foosball players, shrugs off his shyness and goes mano a mano against the infamous foosballer, the Champ. Enjoy!

It’s just a teaser trailer so granted there’s not much to it. Still, with a little luck it looks like it could be fun. So let’s hope (even with the vague premise) there’ll actually has some weight and material round this out. Foosball, (aka Metegol) is directed by Juan Jose Campanella and as of right now is slated for an international release later this year. So like most intriguing foreign films (Studio Ghibli anyone?) we won’t see this for a while. Still it’s decent enough to pop up on the G-S-T radar and there it will stay for the foreseeable future. Whatcha think? This look any good?? 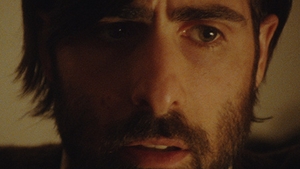