Well now here’s a bit of news to carry us well into the weekend. Mr. Iron Giant, or should I better call him Mr. Incredible (aka Brad Bird) has been “officially” tapped to direct the next Mission: Impossible installment. Hey if this keeps up, Ethan Hunt could be the next James Bond…but don’t bet on it. For more on this, here’s an excerpt from Empire Online:

Since Tom Cruise decided to accept another fiendishly-difficult-but-let’s-face-it-not-quite-Impossible-or-there-would-be-no-movieMission, there’s been speculation as to who would direct the fourth outing in his spy series. Rumour suggested Brad Bird… Well, it’s no longer rumour: it’s Brad Bird.

As previously reported, Cruise – who is producing with part three’s creator, JJ Abrams – was considering both Bird and Blighty’s own Edgar Wright, but Mission: Impossible IV is officially going to The Incredibles writer/director.

Wright, who is still tied up with post-production on his hotly anticipated comic-book adaptation Scott Pilgrim Vs The World, is still on Cruise’s must-work-with list, though.

“I dig Edgar. Very nice guy, very smart, very talented, I’d really like to do something with him,” said Cruise, talking to Empire recently in Los Angeles. “I met Edgar on the set of Mission 3. Simon Pegg and those guys are hilarious. I love Shaun Of The Dead. It’s amazing. But we’re working with Brad right now. I don’t know if I’m allowed to talk about it but everything’s signed… Brad is doing it.”

Um, we hope you were allowed to talk about it, Tom. The tape recorder was on, anyway. “The Iron Giant, The Incredibles, Ratatouille – Brad is enormously talented and JJ and I are having a blast, cranking away,” Cruise continued. “We’re having a lot of fun. I like working with people I just love hanging out with. You get to hang out and laugh and talk stories and movies and technology: what are we going to do?”

Brad Bird? Action? and now “live action”?? I’m so in!! But the other part of me says, “slow down, think about this“. While I don’t doubt Bird’s talent and vision, it all seems like too much of a paradigm shift. Animation to live action? I guess it makes little difference to Bird as he’s a great director who has vision and a great grasp of scope. Yet just short of shouting my approval from the roof-top, I’ll stay “conservatively optimistic”…for now at least. Admittedly it’s got me more than intrigued and I really can’t wait to see how this develops. How about you all? Excited for the “Birdman” to tackle Tom Cruise and their Impossible Mission?? Sorry I couldn’t help myself on that last bit:P

I've Got A Good Feeling About This: Disney Buys LucasFilm, Expect Ep. VII In 2015 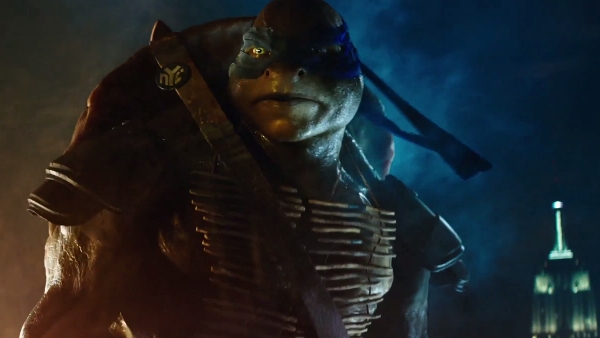