Cinema in 2011 has been so far so good as we’ve seen the most anticipated films knocking film fans right out of their socks (Green Lantern not withstanding). On Wednesday Michael Bay will unveil his final installment to the epic Transformers franchise. As I like to do my homework before a sequel hits theaters, this weekend I rewatched the first two Transformers films.

Without fail, 2007’s Transformers delights with the added bonus of looking simply stunning on Blu Ray. It’s so good I really don’t need to waste any time gushing over it. But like any film that was “the first one” maybe it unfairly get put on too high a pedestal. I don’t think anyone expected a Transformers film to work but (like Iron Man) it did and then some. Then the highly anticipated (and over-hyped) follow-up happened and as Nic Cage said in one of Bay’s more favorable films “it’s something we wish we could dis-invent“. Not Kingdom of the Crystal Skull bad mind you but still pretty awful. At least it looked good while it went down inflames (btw the Revenge of the Fallen ‘Big Screen’ Blu Ray Edition still takes my breath away).

Bay has a lot to make up for and before we go to the theaters to see what he offers us as a penance I thought it necessary to show that not everyone thinks Revenge of the Fallen was a horrible horrible mess. So I’m doing a sort of “then vs. now” evaluation review for this Off the Shelf and calling it the Double Dip. Leading off this Double Dip, from our 2009 review, here’s what Rob (one of G-S-T’s original editors) had to say about the Transformers sequel: against their sworn enemies, the Decepticons.  Decepticon forces return to Earth on a mission to take Sam Witwicky prisoner, after the young hero learns the truth about the ancient origins of the Transformers. Joining the mission to protect humankind is Optimus Prime, who forms an alliance with international armies for a second epic battle.

As you can see Rob liked it back then and to this day he still does. Me on the other hand, I never liked it and further have never gotten over just how deflated I was walking out of that IMAX theater. I felt like Roberto Orci, Alex Kurtzman and newbie Ehren Kruger punched me in the brain and knocked the wind out of my intelligence. In fact I’m still reeling from it that I refuse to collect the braincells to do a proper Off the Shelf review. But rereading the praise Rob gave it, it shows some fans aren’t put off by Bay and his bombastic ballyhoo.

To me, it just hurt to watch Revenge of the Fallen as it was filled with just so many lame elements and bad writing that it took the fun from the first and created a carnival out of non-descript characters and action pieces that were over before you could question their relevance/gravity. Don’t even get me started on the Twins or any of the farting robots. Ugg!  An utter let down I really only find solace in the fact that I can laugh at it (thanks largely to this brilliant video) as opposed to endlessly crying “why God why??”

Revenge of the Fallen was a spectacular train wreck that honestly could have been passable if a few things were edited right the hell out of there. Further it is, at times, a gorgeous ride that aspires to be better than its predecessor. It tries to right it self in many instances but like a bully, right when things look to get stable, the trifecta of Orci, Kurtzman and Kruger come and knock it on its ass. In the end, like Spider-Man 3, Pirates 3 and any other film that follows the “too big to fail” mentality, it does masterfully as it, like Devastator falling off the pyramid, makes a big pointless belly flop.

Even Peter Cullen (as Optimus Prime) didn’t even try in this outing. Having fewer lines, it sounded like he was phoning it in…from his toilet, which is fitting because its exactly where this one went.  So yes I saw it in the theaters. As I’m one for punishment I bought it, and have since watched it three more times desperately searching for embers of redeeming value and sadly found none. Granted the Blu Ray IMAX scenes hypnotize me into wanting to like what I’m watching. But the reality (or analogy) it that it’s like eating a whole jumbo bag of chips in one sitting. You just can’t stop yourself and at the end you’re just so exhausted and full you want to kick yourself as you’re because you allowed it to happen. But then by the time you get the crumbs off your shirt and vacuum your couch you find yourself hungry again and desptie better judgement end up sitting through it all over again.

Man I so hope that Dark of the Moon makes up for this last catastrophe…and if it doesn’t, at least (so they’re promising) it’ll look good with even better news that Transformers won’t have to endure heartbreak any longer. Still, as always, I hold out hope in the darkest of times and am looking forward to it as that Super Bowl ad was just awesome looking. Guess we’ll see at the screening tonight…look for me to drop our review tomorrow. “Autobots, Roll Out!!” 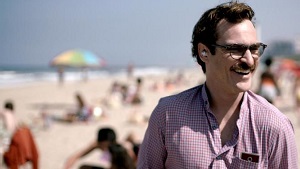