Director Joe Wright is a strong visual storyteller with a talent for period pieces. Having won lots of fans with his adaptation of Pride & Prejudice, he again takes on another famed literary work; Leo Tolstoy’s Anna Karenina. Wright blankets the heartbreaking tale with lavish visuals attempting to soften the blow of the tortured romance. In doing so he also infuses this complicated story line with an amusing sense of theatrics you just don’t get to see outside of an old-fashioned stage performance. The result is an impressive film that, despite the off-putting and self-destructive lifestyle of the ill-fated Anna Karenina, still manages remain vibrant and beautiful amid all the tears and heart-break. It’s a Greek tragedy set in Russia, simple as that. From the very beginning, Joe Wright’s film lets us know this version of Leo Tolstoy’s timeless tale would be different. It is bold, highly theatrical and an all together new take on the epic love story. Staying faithful to the source material Wright and the production team makes this almost like a pop-up book for young girls that reads like it should be re-titled  “Anna Karenina: What Not To Do As A Proper Grown Up Woman“. The titular Anna Karenina (played by Keira Knightley) is beautiful but, despite her comfortable lifestyle in Russia’s lavish society, believes she leads an unfulfilled life.

The story begins as Anna is travelling to Moscow, prompted there at the request of her philandering sibling Oblonsky (Matthew Macfadyen). His marriage is in trouble and he needs some familial support. On the train there she happens to meet Countess Vronsky (Olivia Williams) and when the Countess introduces Anna to her son, dashing cavalry officer Vronsky (Aaron Taylor-Johnson), she is uncontrollably smitten. This ember of attraction is quickly fanned to the point it will never be suppressed. Her relationship with her husband, high-ranking government official Karenin (Jude Law), is, in a word, stuffy and she longs for something/someone who will make her feel wanted again. But this chance encounter with Vronsky leads to an affair which is neither healthy or socially permissible. The two engage in a secret affair but her actions put her at great risk of her losing her son, her husband, and her social standing in St. Petersburg.

While Anna is swept up in her own amorous pursuits Oblonsky is also visited by his best friend Levin (Domhnall Gleeson). Levin is hopelessly in love with Kitty (Alicia Vikander) and his advances and eventual marriage proposal is rejected as Kitty only has eyes for Vronsky. Reeling from having his proposal turned down, Levin can’t stand to be amid the object of his affection and he returns to his provincial estate to get his mind off Kitty. But Kitty meets a similar outcome as she is incapable of competing for the eye and hand of Vronsky who has only Anna in his sights. Anna Karenina can best be described as a musical without any musical numbers. The props the forced perspective and artistic trickery become a full bodied character. It is artistically filmed and plays like a pop up book or interactive theatrical stage acting. The cast uses every bit of the stage and back of stage and even the audience floor (sans seats of course) in one of many dizzying and effective single take shots/transitions. One second we’re on a crowded street and thanks to the choreography and skill of the actors the next thing you know you’re watching the same characters sitting to dinner at a restaurant…all in the same moving shot.

It’s a beautiful dance where the stage hands are extras orchestrating a symphony of props so well (even effectively replicating a prop steam engine) you you forget that most of the story is told without seeing an exterior shot or a real window. However its not a gimmick that gets old and with so much effort dedicated to reinventing and reusing the same space it’s tough to tell the delineation between acts. Though the sets and dress may be pretty to look at, its not all Wizard of Oz carefree fun. This is a tragic love story after all about a multitude of characters mostly unhappy with their lives. After the lid finally blows off the affair Anna’s husband, with the idea of outward self image more important than internal happiness, he tries to keep things looking normal. Even though Anna is begging for a divorce, a separation would mean her societal undoing. Karenin, very adult about the situation, replies “it would be a sin to help you destroy yourself“. News of her adultery and betrayal slowly leak out and Anna becomes a social pariah, even shunned by her “friends” and not worthy if common courtesy in public places. No matter what she tries to do to attain happiness, Anna’s decisions make life difficult for all those around her. However, you can’t really find compassion in someone who continually makes poor choices.

Wright assembles a fine cast and presents this classic story in a way that is as artistic and vibrant as it is emotional and tragic. The cheery demeanor and lavish dress cannot hide the emotional undercurrent of the damaged love story and its social implications. Everyone is at the top of their game (acting and production design) but the dense story and numerous characters have trouble getting more than a few words in before they are drowned out muted by the barrage of fancy dresses at which time attention is then thrust back on Anna. Knightly, who seems to be incapable of starring in something where she either dons a corset or has a mental breakdown, is well suited to the role of Karenina. It’s a timeless story about finding love, or the idea of it, but where appearances are valued higher and deemed more respectable more than fulfillment of personal dreams or ambitions. 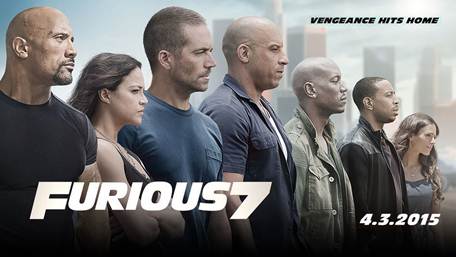 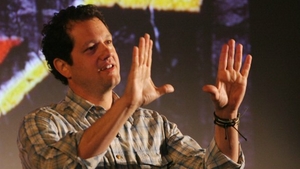 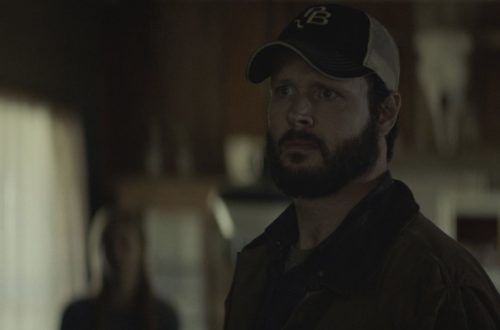