Nobody can fault Charlie Countryman for a lack of trying, that’s for certain. They can, of course, fault it for being a schizophrenic and ultimately useless piece of cinema, but as I cringed at the lesser merits of Fredrik Bond’s debut film, I also found myself yearning to give the whole production an “A” for effort; for every one of Charlie Countryman‘s myriad failures, there’s a palpable sense that Bond and his cast – particularly leading man Shia LaBeouf, grown up and shockingly greasy from his stint as Neurotic Human Protagonist in the Transformers series – are striving for something in every scene. Exactly what they’re striving for could remain in contention for a good five years, but that’s another discussion entirely. The story here concerns the character of the title, a stereotypically unmoored twenty-something who (LaBeouf) makes a pilgrimage to Bucharest on the advice of his freshly deceased mother’s ghost. This is the part of the review where I would normally describe Charlie Countryman as “that type of movie”, but that’s a lame and woefully nondescript distinction for a movie that doesn’t have any one discernible type. Is Charlie Countryman a grimy Euro-thriller or a drug-fueled trip of emotional catharsis peppered with occasional, frequently awkward sexual encounters? Watch the movie for yourself so as to not form an opinion one way or the other, because frankly, Bond has no idea, either.

Centrally, he seems interested in the wholly expected romance that blossoms between Charlie and Gabi (Evan Rachel Wood) through a brief series of unfortunate and random events; everything that happens in Charlie Countryman revolves around their courtship, though none of that actually justifies most of the film’s actual plot. Turns out that Gabi is (was?) married to Nigel (Mads Mikkelsen), a psychotically violent, vaguely sketched gangster sort with a jealous streak several miles wide. As anyone might expect, Nigel doesn’t cotton well to the idea of some grody American tourist having a manic pixie dream girl experience with his bonny lass, and so enter into the physically abusive phase of LaBeouf’s career.

Charlie Countryman‘s chief demographic may consist solely of people who want to watch Sam Witwicky wind up on the receiving end of an ass beating. They’re going to have to contend with mild disappointment; Charlie stumbles through most of the film without enduring so much as a scratch. (Save for the opening sequence, a slo-mo drag bereft of reference points that very heavily hints that Sunset Boulevard might be Bond’s favorite film.) That’s not necessarily a knock against the film, per se, but it does underscore its scatterbrained nature. Wait for LaBeouf to get knocked senseless, or wait for Charlie Countryman to decide what kind of picture it wants to be, and see which one happens first. Bond has wandered into a common trap, not just for first-timers but for any filmmaker who tries their hand at genre-bending in projects like this one: it’s totally absent of a coherent and harmonious narrative identity. If Charlie Countryman went in any one of the multiple directions Bond pulls it, the whole movie would have turned out for the better, or at least been less frustratingly unfocused. Charlie’s inclination toward half-baked platitudes and metaphors might go down more easily in a film where he’s not also being hounded by scar-faced murderers and their super villainy cohorts. As it happens, the innumerable dissonant elements that provide Charlie Countryman with its cinematic make-up clash in the most grating fashion possible.

It’s not that love, sex, and gratuitous violence don’t mix. In fact, they can make for a hell of a cocktail when they’re blended with proper care and finesse, which Bond lacks. While I’m not one to turn down the novelty act of having Ron Weasley walk into a strip club with an uncontrollable erection, I’m also not entirely sure what that has to do with Charlie, his sixth sense encounters with the ghosts of his mother and a fellow airplane passenger, his attraction to Gabi, her attraction to him, and Nigel’s unhinged lunacy. Fat, to use a cooking analogy, can at times be a wondrous, flavorful ingredient when it’s smartly utilized, and at others it simply weighs a dish down; in the case of Charlie Countryman, all the extraneous nonsense ends up being a yoke on its forward momentum, which is a shame, because the movie where Harry Potter alums cause mayhem at a nudie bar sounds much more interesting on paper than the one where Shia LaBeouf suffers for love. All of that said, LaBeouf may actually be the film’s greatest revelation. I don’t know that what he offers here can be called good acting, but it’s leagues beyond most of his past efforts regardless. Nobody and nothing tries harder in Charlie Countryman than LaBeouf himself; the kid acts himself half to death in every single moment he’s on screen, and he’s on screen for pretty much every second of the picture’s running time. Whether his acting is nuanced or sloppy, he’s memorable, something that no one else in the cast outside of Mikkelsen and his gorgeous cheek bones manages to achieve. Even talented performers like Rupert Grint, Til Schweiger, The Inbetweeners‘ James Buckley, and Wood herself – whose Romanian accent falls somewhere between Boris and Natasha – fail to leave the same earnest, sweaty, and bruised impression LaBeouf makes.

Maybe that, more than anything, speaks to Charlie Countryman‘s favor – anything that manages to wring a great (if unmastered) turn out of Shia probably deserves a look. But outside of its star, there’s precious little that makes the film worth recommending. Bond manages to paint a lurid, nightmarish landscape across Bucharest’s landscape (and, to his credit, he cared enough to shoot on location), one that’s punctuated with hyper-kinetic flourishes in design and cinematography, but these details add up to nothing more than distracting window dressing, excess lard drizzled over a discordant visual platter. When did it become so unfashionable to make movies with a sharp, clearly defined sense of purpose? That’s a question Bond might want to bother considering in the future. 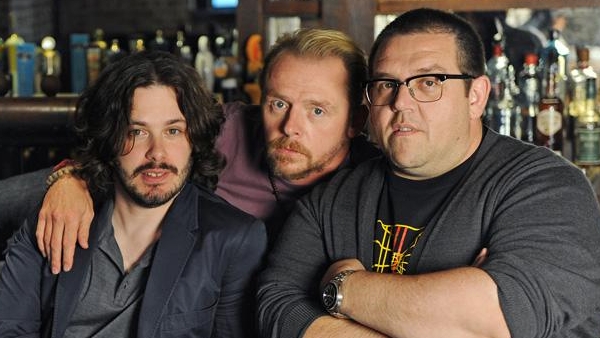