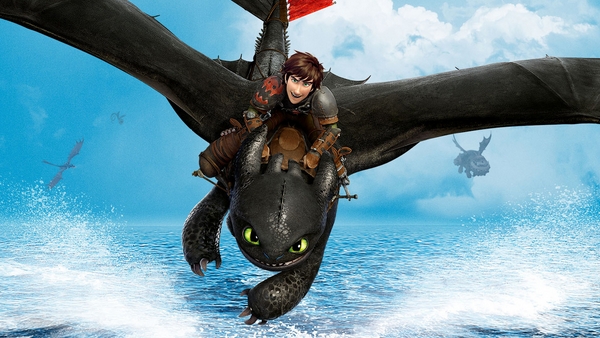 Four years doesn’t seem like that long ago but DreamWorks Animation has grown by leaps and bounds since their massive 2010 hit and this sequel is an improvement in every sense of the word. How to Train Your Dragon 2 soars past Dean DeBlois and Chris Sanders’ film with a second installment that features exquisite animation and an even more exciting and adventurous story – one that colorfully expands on the endearing elements that made the first film such a wild success. In this sequel we get to see Hiccup, Toothless, and the entire village of Berk shown thriving in their dragon-friendly utopia. The Vikings have not only come to accept the dragons but they have also changed their way of life.

In the film Hiccup and Toothless continue to explore and map out the lands beyond their village. Their burning curiosity shows them that the neighboring lands and oceans are much broader and far-reaching than they imagined. Not only that but there are dangers and threats looming just over the newly discovered mountain ranges. Very quickly, their travels take them to an wondrous ice cave – one that is home to hundreds of wild dragons who have been raised by the mysterious Dragon Rider. Like Toothless, there’s more than meets the eye in this encounter and it results in the two friends engaging in a battle to protect the peace over all the lands.

How To Train Your Dragon 2 is a rousing if by-the-numbers sequel however those brief flat beats in the story can be overlooked in light of the grander scheme at play here. The film is more or less the second chapter in a much larger vision for this universe – DreamWorks is already hard at work on not just a third but a fourth installment – and the studio shows us that they see the narrative playing out on a grander canvas than the space between the opening and closing credits.

Aside from high-flying dragons, constant and hilarious humor and astounding animation there’s a family dynamic that grounds the narrative. It certainly slows things down but it’s necessary to expand the story and Hiccup’s role in the franchise. He’s not ready to lead his father’s kingdom so there’s that moral dilemma: does he do what’s expected of him (serve the greater good and protect Berk’s people) or follow his heart? Even in a family friendly film it’s tough to put that responsibility on any child but sometimes you have to put aside wants to focus on needs and Hiccup has to become the man Stoick wants him to be. These days animated films are popping up everywhere yet it is the detail and inventiveness of the story, not just the animation (though it does help), that makes a picture stand out in this crowded field. To help make the best product possible studios are attempting to blur the lines between animated and live action. After all they’re both motion pictures so it behooves the studio to bring in consultants at the top of their game (in any capacity). It really is the next step in improving the detail and quality of the production and picture. Case in point: Roger Deakins, probably the greatest cinematographer currently working, has again been brought in to advise as a “visual consultant” and because of it the lighting effects look unbelievable as they capture light in such a realistic matter.

Other films are taking that into account (Pixar’s Monsters University similarly had stunning lighting effects), but this just looks immaculate. Beyond the visual splendor there’s also an auditory one as well. To compliment the rousing picture it is only right to have arousing film score and John Powell, the undisputed king of modern animated films, brings back his Oscar-nominated sound. His music brings such vibrancy to the already colorful story as he wonderfully expands on his themes and helps makes this adventure a blast. Voice casting does a lot for the story and while bordering on typecasting (Gerard Butler, Jonah Hill, et al) the actors really do embody their CG alter-egos. Yet nearly every supporting character takes more of a back seat as the comic relief and even Hiccup’s relationship with Astrid are downplayed in this slightly darker story. The plot focuses more on Hiccup’s family as well as the ominous threat from Drago Bloodfist and his dragon army so there’s only so much room for levity. Speaking of, it’s a shame Djimon Hounsou continues to be relegated to a supporting character (and this time, an unremarkable villain) like he did 15 years ago with Gladiator.

Regardless of plot or story it’s the dynamic between Toothless and Hiccup that made the first film appealing and enjoyable. There’s that cute and endearing story of a boy and his pet at the core and even more so this time around. Even though he’s a dragon, Toothless embodies the most charming mannerisms of household pets. The brilliance of the animation team shines in every digital frame as they bring such frisky vitality to him and a every other dragon. It’s quite hilarious to see and pick up on all the small quirks that make each dragon unique and fun on many levels. The film builds well and telegraphs the gravity of its inevitably grand battle, yet the climax of the film seems a little underwhelming. Again perhaps that’s because this is just a taste of what’s to come in part 3 part 4 (fingers crossed anyway). Regardless, this is a highly entertaining film and an adventure kids will want to have over and over again…adults too.

ALL PASSES CLAIMED – Advance Screening Passes to ‘THE MONUMENTS MEN’ in AUSTIN, TX 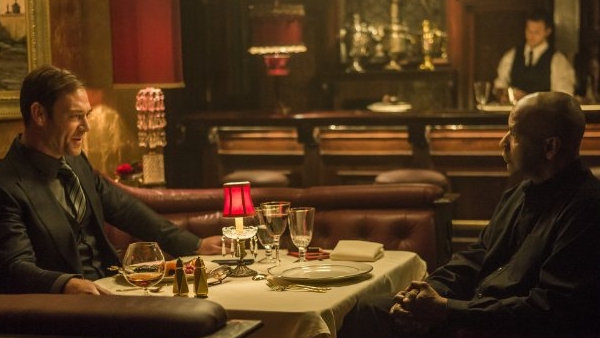 ALL PASSES CLAIMED – Advance Screening Passes to ‘THE EQUALIZER’ in AUSTIN, TX