Addictions come in all shapes and sizes. Most of the time an addiction is based on a series of lies but nearly all of the time it involves us telling lies to ourselves. Shame is a candid story that gets to the core of a man in crisis and inevitable deconstruction due to his unflinching and unsavory lifestyle. Similar to what Darren Aronofsky did with Requiem For A Dream, writer/director Steve McQueen (Hunger) gives us a slow-paced downward spiral of self-destruction that is painful to watch yet you simply cannot turn away.

Shame follows the story of Brandon, a well put together single man living in New York City. He’s got the looks, the job, the apartment but Brandon has an addiction, a sexual addiction *queue childlike snickering* but like any addiction this is crippling to Brandon’s existence. At first he is seemingly in control of his vice but his private lifestyle begins to fray and unravel after his sister moves into his apartment for an indefinite stay. Brandon is so crippled by this addiction that he is incapable of real, honest, emotional connections with anyone including his sister who makes constant cries for help. Living essentially two lives Brandon finds it harder and harder to keep things secret and is oblivious to the fact that Sissy, struggling with her own emotional issues, is in real trouble.

Throughout the film Brandon, who is always on the verge of collapse, spirals wildly out of control as his insatiable hunger keeps him from connecting on an emotional level which he really wants. Like any junkie, his addiction is not about quality but about quantity and he looks to get his fix anywhere and anyhow he can. It’s tough to follow the story of a person who has a problem and is incapable of getting or asking for help. You want someone you’re watching to better themselves but McQueen makes a statement about how that’s just not how life is. It’s painful when the main character hasn’t been able to help himself or learn anything but the reality is that Brandon is the only person who can help Brandon and it may never happen.

What McQueen does, much like in Hunger, is give Fassbender and other actors plenty of running room as many of his shots (in addition to being framed just gorgeously considering the subject matter) are done in long meaningful single takes. This gives the actors more time to explore the scene without relying on cuts and allows the audience more time to explore each actor. He has a wonderful eye for detail and even when looking at something very tragic it comes across like visual poetry. He likes to tell his story with much less dialog than we’re used to getting. For example, the first 8 1/2 minutes, without uttering a single word, tell us volumes about Brandon and the flagitious life he leads and tries to hide from everyone including himself. Carey Mulligan playing Brandon’s sister tries to bring a little warmth to Brandon’s cold, regimented and focused life. But it continually makes him uncomfortable and each advance to rekindle their relationship only pushes Brandon further away. Then, when he’s not sounding like a hypocrite giving advice that she get rid of  her no good boyfriend (referring to it as an unhealthy habit), he takes out his anger on her and the divide just keeps on growing. It’s engaging as there exists a duality of deep seeded problems they’re unable to control or fix in themselves or each other. So now instead of one ill-fated character we have two. Brandon is so detached from everyone and is fine with it as work, friends etc are all in the way of him finding his next source of fulfillment. Probably the worst part of the film is how Brandon is unable to admit he has a problem and ends up nearly losing his sister. In one scene (another stunning single take shot) he absolutely crumbles and uncontrollably turns to the only thing that gives him any satisfaction. He realizes that his problem is out of control and still he can’t do anything to change who he as it has too tight a grip on him. That’s probably the most honest and realistic statement made in Shame. Once the shock of the film’s graphic nature subside you begin to applaud McQueen and Fassbender for the passion to bring this story to the screen.

Shame is an honest character study that is raw, fractured and hypnotic. With his brilliant follow up film, McQueen looks to fast become the next Oliver Stone. Fassbender’s Brandon is a role that is beyond bold and one few actors could ever have the guts or talent to pull off. As one of the finest actors on the planet, he throws himself so hard into the role you’d expect him to burst through the screen. His performance is further intensified by McQueen’s visuals, masterful editing/pacing. The two work so well together that, if you like their style of course, positive impressions of Shame only heighten the anticipation of their next endeavor in addition to giving you days worth of material to ponder after having left the theater. 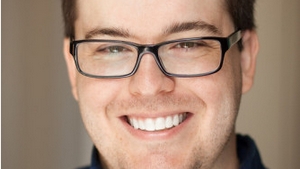