Editor’s Note: The following review was originally written back in December by our guest contributing editor, Mark Walters of BigFanBoy.com and is topped off with some final thoughts from our own Grady May.

As 2012 drew to a close, there were several films trickling out in the final months which studios hope will be fresh in everyone’s minds come Oscar voting time. One of the more talked-about contenders is director Kathryn Bigelow’s factually based Zero Dark Thirty, about the hunt and eventual discovery of Osama Bin Laden. Bigelow already took home Oscar gold for her work on another military film, The Hurt Locker, and has re-teamed with screenwriter Mark Boal on this newest effort. The story behind Zero Dark Thirty is an interesting one, since the screenplay was originally about the decade-long failed mission to capture the AL-Qaeda mastermind, but the script was re-tooled considerably when Bin Laden was found in 2011. The New York Film Critic’s Circle is already calling this movie the best of the year, and I recently saw it myself as part of a special advance screening for select Dallas film critics. The story opens two years after the September 11, 2001 attacks. Maya (Jessica Chastain) is getting initiated by Dan (Jason Clarke) in the act of interrogation, witnessing Dan’s rough questioning of Ammar (Reda Kateb), a suspected Al-Qaeda money-man. While it’s clear she’s not enjoying the frequent sessions, we soon realize she’s determined in her own right, and tracking down Osama Bin Laden is paramount on her list of priorities. The CIA led by Joseph Bradley (Kyle Chandler) doesn’t share her enthusiasm, but learns she’s not someone to say no to. Every step closer she gets to the answers it seems like something pops up to interfere. Certain people around her even pay the ultimate price in search of the truth. As the years go by (the story covers almost an entire decade) the mission seems to get more and more unrealistic, to the point of where our own government wants to move on.

If you even casually listen to the news, it’s safe to say you know the outcome of these events, so even using a word like “spoilers” seems a bit silly when discussing Zero Dark Thirty. The word “procedural” has been frequently used in discussions of the movie, and while that’s accurate it may also not translate to the average moviegoer. This is not a story of someone finding one’s self or developing meaningful and heartfelt relationships, this is the tale of a real life mission of determination, and the gritty and necessary steps involved in getting there.

Jessica Chastain carries the film with her mostly-subtle performance as Maya. The role doesn’t give her much excitement, though there are a few select scenes of emotional intensity on a grand scale, including one particularly powerful moment between her and Kyle Chandler. I was never a huge fan of Chastain before, but I definitely see her strength in this performance. It’s a star-making delivery and will absolutely put her on the Hollywood A-List map. Jason Clarke also gets considerable screen time as Dan the interrogator, playing a man who is very good at what he does, but haunted by the numerous occasions he’s been asked to do it. I’m glad to see Clarke getting bigger roles, and this is his second prominent role this year alongside Chastain after Lawless. Kyle Chandler gets one of the more thankless parts as Joseph Bradley, finding himself playing a more reactionary character, but still necessary to move the story along. He’s slowly but surely making the successful transition from television star (Morning Edition, Friday Night Lights) to box office leading man (Super 8). Jennifer Ehle (Contagion) also has some memorable moments as Maya’s co-worker and one of the few other females she has the opportunity to interact with. Chris Pratt (Parks and Recreation) and Joel Edgerton (The Thing) have brief but ultimately important roles in the film, as the highly trained men who much carry out the inevitable mission, and both add a strong likability to their respective roles. Édgar Ramírez and Fares Fares are terrific as Maya’s undercover agents in the field, looking the part and never glamorizing their actions. The always-great Mark Duplass (Safety Not Guaranteed) also shows up as a tactical expert, and James Gandolfini sheds his Tony Soprano persona while playing the C.I.A. Director. The rest of the supporting cast is made up of competent (and familiar-faced) actors like Harold Perrineau, Mark Strong, Scott Adkins and John Barrowman, all providing gravitas to their short bits of screen-time. It’s a terrific cast made up of realistic-looking faces, and everyone seems to be taking the material seriously and doing their very best work.

Compliments must be paid to the editing team of William Goldenberg and Dylan Tichenor, who keep the two hour and 37 minute running time moving at a brisk pace. I only looked at my watch once, as I thought we were about to hit the first hour mark, and at that moment (to my surprise) over 90 minutes had already breezed by. It’s an enthralling work, and never feels overly-long or boring. Perhaps the highest praise I could give to director Bigelow and screenwriter Boal is acknowledging it’s also a carefully crafted execise in factual storytelling, as it presents several sides and possibilities, never forcing the audience to believe anything happened in one set way. There are conspiracy theorists out there who refuse to believe Bin Laden was ever truly found, or that the mission was some sort of screw up and cover up. Even in the movie’s final moments, there’s just enough ambiguity there to allow for some of those doubts to be questioned. That’s not to say the film doesn’t show a direct sense of storytelling or accurate presentation of facts, just looks at some of the key events in slightly ambiguous ways. I also admire Bigelow for not trying to overshadow the nastiness of America’s methods, or just how brutal some of our tactics were. The cinematography by Greig Fraser is gritty when it needs to be and sleek in moments that call for it, making this one of the best-looking films of the year. Even Alexandre Desplat’s powerful score (which at times is eerily reminiscent of the great John Barry) feels perfect for the production, and effectively haunting at the right times. This is a film that proves bringing together the right mix and talent both in front of and behind the camera can equate to cinematic perfection, even when the material is rather serious and difficult to handle. While Zero Dark Thirty may not be one of the most accessible movies to hit this Holiday season, it’s undoubtedly one of the year’s best in terms of scope and execution.

Zero Dark Thirty is by far one of the most enthralling military films of all time. Kathryn Bigelow has outdone herself by delivering an even bigger film than her 2008 Oscar-winner. I completely agree with Mark’s glowing assessment of Zero Dark Thirty; this film is truly a labor of love and is so expertly crafted. Additionally the running time literally does not play a factor and never once does the film slow down or sag in the middle.  Bigelow’s taut film keeps a brisk pace throughout and does a very tasteful job of portraying the events that unfold. Kathryn Bigelow and Mark Boal have delivered a truly exceptional film that finds Zero Dark Thirty trumping The Hurt Locker. That’s a monumental task in itself and if you only have a chance to see one movie in the coming weeks, Zero Dark Thirty is the movie to see. 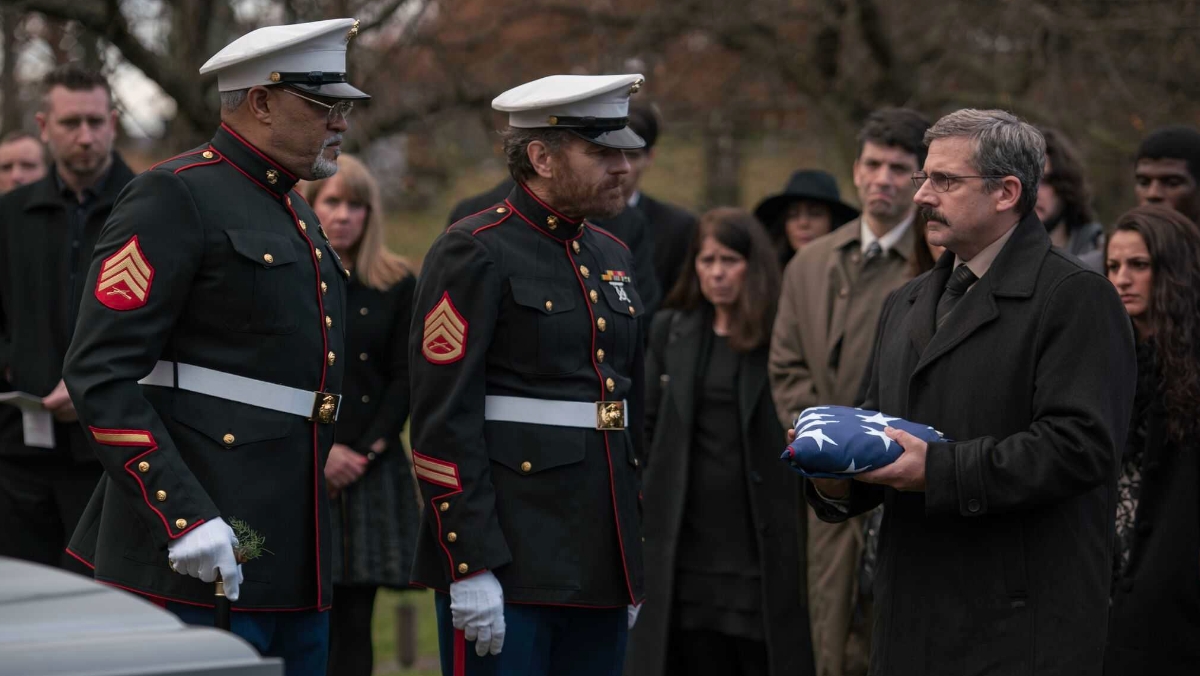 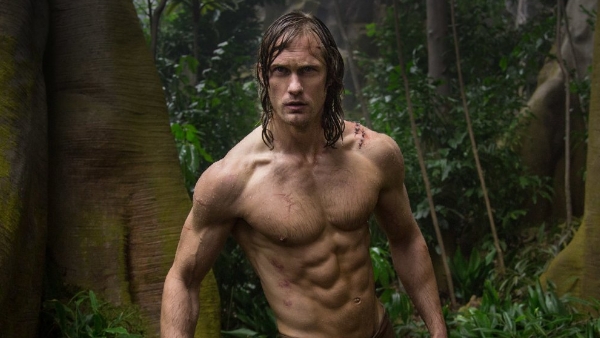 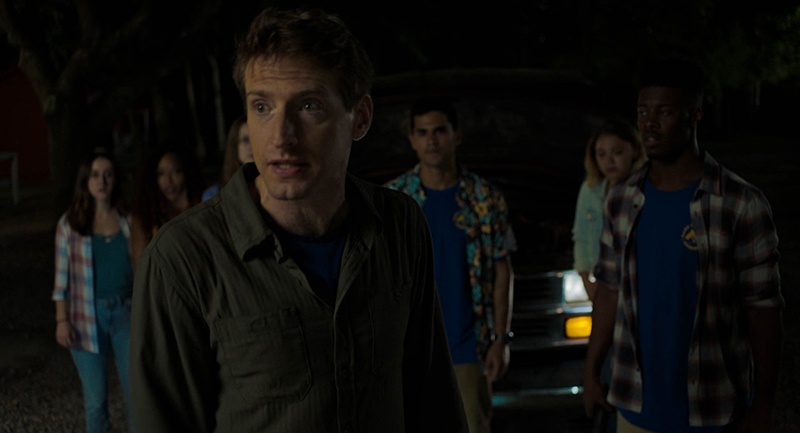