Today’s Top 10 focuses on movies that are “So Nice (And Not So Nice) They Made Them Twice”. Basically it’s about the same film we pay to see more than once…and we may not even realize it. Allow me to explain. Sometimes Hollywood will release two films around the same time with surprisingly similar themes, plots, etc. trying to use the excitement surrounding one film to gain interest in the other. While these films may be, at times, nearly the same exact movie, the two usually are met with differing results (namely quality or more importantly financial success). So I tried to come up with 10 films that are good, possibly original in terms of concept but, as you’ll find out by seeing their counterpart/knockoff, aren’t the only game in town.

Now this whole post has been revisited as a precursor to this week’s opening of Friends With Benefits. “Marc“, you may ask,”isn’t that the dreadful film that already came out last year?” To which I would respond,”No, that was Ivan Reitman’s. And if you have trouble telling them apart, you’re not alone as this brilliant mash-up video from Blind Film Critic shows how easily the lines are blurred:

So what’s that you say? Two films that are pretty much identical? Now why would Hollywood permit such blatant redundancy?? Simple, one film is slated to try and out perform the other; that’s just Hollywood business economics.

For those of you who haven’t been keeping score, there are actually a good number a number of movies that have similar plots but you probably only remember the more successful one of the pair. It’s the old “Two Men Enter, One Man Leave” scenario and no one remembers who came in second right? Now to be fair, some of these weren’t released simulataneously and actually came out within a few years of each other. But still, it’s the premise of the film that we’re looking at and I’d bet the actual production schedules ran a lot closer than we think.

So while there’s bound to be way more occurrences out there, these (with varying degrees of quality) are the 10 that immediately come to mind: Battle: Los Angeles (2011)/ Skyline (2010) – Yup alien invasions come in a lot of formats…and most of them feature high tech E.T.s kicking the crap out of us. Like Signs/War of the Worlds, this is really the same type of film from two different perspectives but it’s evident that while not mirror images, these films are too close in premise to ignore. Although if you want to get really specific, the total invasion/annihilation of Earth (set in L.A. no less) could still be considered vaguely similar. Happy Feet (2006)/ Surf’s Up (2007)- Curse you March of the Penguins!! While you were a enjoyable eye opening film, you caused a ripple that sent Penguin fever shooting through every Hollywood executive’s meeting room. The result, not 1 but 2 PENGUIN films (well 3 if you count Farce of the Pengi . The former was rather cute and the latter was better than expected but man you can’t say that either are “just a coincidence“. Over the Hedge (2006) / Open Season (2006) – Just like our Antarctic friends, here we have lovable funny creatures doing what they do best, trading sarcastic lines with each other then finding a common goal in which to join their efforts. Now I really liked both of these so I have nothing to complain about. I’m just hi-lighting their reasonably close release dates *cough, same stinking year, cough* and the toll it took on parents’ wallets as all the logic in the world can’t dissuade 4 year old from seeing any number of films with funny fluffy CG characters. Finding Nemo (2003) / Shark Tale (2004) – Ah the David and Goliath tale of the rival animation houses. Now the films don’t really have the same story but come on, if there’s only two CG powerhouses on the block and they both make a film about animated fish, do you really think we’re not going to notice? You have superstar brother Pixar and little engine that could Dreamworks who wants to grow up and be just like his idol. What do they say about imitation? Well in Hollywood, it ain’t flattery, it’s about someone finding their cut by any means necessary. Signs (2002) / War of the Worlds (2005) – Similar takes on the H.G. Welles War of the Worlds and both from the point of view of one unassuming family unit who both *SPOILER* miraculously survive the alien invasion unscathed. One had such promise but ruined it with a stooopid and insulting ending. The other was really a fantastically simple film. Unfortunately it later would be remembered as the last decent work before the director’s fall from grace (read: everything after Signs). Heist (2001) / The Score (2001) – Well I think waaay more high class and low profile robbery films existed in and around this time frame, these two stand out for their cloak and dagger plot replete with twist endings. However their titles showed very little originality. I thought a robbery was about being secretive and stealthy…yeah, really discrete names fellas. Bicentennial Man (1999)/A.I. Artificial Intelligence (2001) – The is the one entry on the list that had a good amount of time between the releases. Still, if a film about a robot on a quest to become human (a modern/hi-tech take on Pinocchio) was already done, why would someone want to make another and possibly be labeled a copycat? Oh right because Spielberg can do whatever the hell he wants, that’s why. Please refer to number 6 on this list for more proof. Armageddon (1998)/ Deep Impact (1998) – Even Morgan Freeman playing the forward thinking role of the country’s first black president (back in 1998 mind you…take that 24) and a pre-Frodo Elijah Wood couldn’t compete with Michael Bay’s roughneckign cowboys on a suicide mission to blow up Earth’s haymaker of an asteroid. Points to Impact for the heartfelt angle of the story but you really don’t have a chance against Bruce Willis and Aerosmith. Dante’s Peak (1997)/ Volcano (1997) – Zero originality in the name of Tommy Lee Jones’ film but while Peak’s events were highly more laughable it was still the better movie barely having enough believable events to overcome the unbelievable ones…like driving a truck over lava. Still quite a convincing river scene near the end of Peak easily is much more exciting than the slow motion death of the train conductor as he does his best Terminator 2 death impression. Tombstone (1993) / Wyatt Earp (1994) – Now this is a match up I have no problem seeing redundancy in. What you have in each film are stellar performances that, if I could have my way, would take the best parts of each film (Kilmer from Tombstone and Costner from Earp) and make one definitive Wyatt Earp film. But there can be only one. You say Tombstone to anyone in a conversation about Westerns and nods, smiles and high fives will abound. Mention Wyatt Earp and someone will probably say, “you mean Tombstone right?” and then nods, smiles and high fives will abound. Sigh, Wyatt Earp gets no respect at all. Pity… (Dis)Honorable mention – The Switch (2010)/The Back Up Plan (2010) – I never saw these or even planned to catch them at a $1 cinema but you can tell from the names these premises are pretty much paternal twins. You want more in common? OK, well not only are the leads associated with the film (except for Patrick Bateman) terrible thespians with little drawing power. Further neither film makes a very strong case for the benefits of a traditional family unit. Oh and the cavalier manner of dealing with Bateman’s “secret” son isn’t exactly family friendly either. More insulting is that if the mothers don’t show very much common sense, the male leads don’t put much stock in the “positive surrogate father” category either. Jeeze good life choices abound in film like these don’t they?

Now if you think two films with a similar premise aren’t enough for you, then read up these posts about not one, not two but three upcoming Snow White inspired films as well as a trio of Peter Pan origin stories. Again this all goes back to trying to put a new spin on the same story. History has shown us this isn’t a new trend as we’ve seen countless renditions of stories based on classic literature like The Four Feathers, Treasure Island, A Christmas Carol to name a few but they themselves were too numerous to bring up in this post.

So those are my Top 10, or at least the ones I can recall in one sitting. Can you name any other films that are either similar in plot or damn near dopplegangers?? 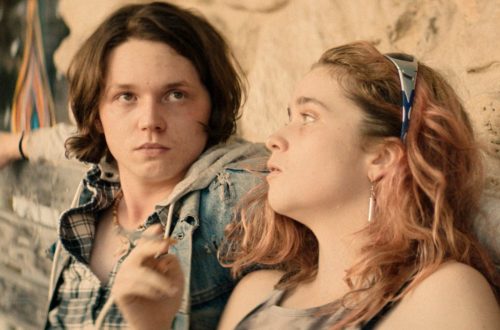 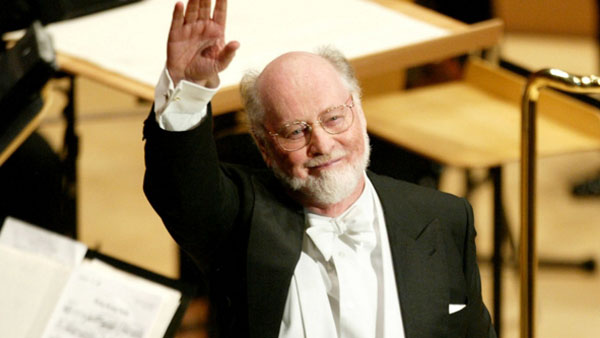 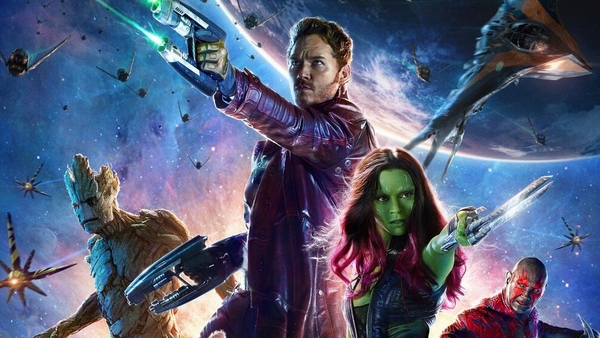