Continuing with a hit streak that is very near white-hot, on Sunday AMC debuted the pilot for their new crime drama Low Winter Sun. Starring Mark Strong and Lennie James, two big league players in the British film community, this story of detectives walking a line between shady and legit is gritty, concentrated, and very much in line with the likes of Breaking Bad and The Walking Dead. Similar to Netflix’s House of Cards, this is a remake/extrapolation of a previously released series. In this case Low Winter Sun was a TV movie released in 2006 and this AMC revival finds Strong reprising the role of Frank.

We at GoSeeTalk are huge fans of Mark Strong and, likened to Timothy Olyphant in Justified, are excited to see him more frequently than a theatrical release will allow. The plot of Low Winter Sun follows Frank Agnew, a Detroit police detective who kills for revenge and naively believes he’s engineered the perfect crime. The pilot episode and series will follow Frank and a fellow officer Joe Geddes (Lennie James) as they try to keep their secret hidden. And nothing sets up a complex storyline like two people concealing the death of a third party right?

The murder is really cold-blooded revenge as the pair drown the dirty cop who brutally killed Frank’s hooker girlfriend. Frank and Geddes attempt to cover their tracks by making the murder look like a suicide. Strong’s performance in the opening scene really sets the stage for the whole show. His conflict is gripping and it all but cements the bond that Frank and Geddes will now have for the rest of the story. Compelling stuff, but little else in this episode rivals the power of that scene, nor do the plot or dialog rise above lukewarm. Strong and James are well cast and have decent chemistry as they perpetrate their near airtight cover up. Save for the Internal Affairs agents (including Breaking Bad‘s David Costabile) who were already called to look on the department because of some other allegations, no one suspects this as anything more than a definitive suicide. The momentum built up in this pilot, half of it anyway (there’s a whole other sub-plot about Sinister‘s James Ransone running cocaine that needs development) could have some legs to carry the show as the long con cover-up story is an interesting one.

It kind of goes back to that old saying so wonderfully stated by Benjamin Franklin that the only way three people can keep a secret if two of them are dead. But it’s Frank and Geddes who now have to watch each other’s backs and Geddes may or may not be on the level which adds to the tension. Also, although he doesn’t know what Frank and Geddes have done they also get a little help from Lt. George Torrance (Ruben Santiago-Hudson) who is none too fond of Internal Affairs investigating his officers. Seems like there’s not a series on television that will debut, or succeed, without being gritty and dark. Yet this is just another in a line of shows that, like The Shield, pull no punches and tell a hard-edged story about damaged characters nearly free of a conscience or morals. These stories, while fictionalized, are based in reality and true life situations that inspire them and so, like hospital dramas, will never go away making it hard for a property to stand out among other similar vehicles. Low Winter Sun will have to deliver in the next few episodes if this is to be more than just another cop drama remembered as “an also ran”.

The high points in the show are easily the cast and Strong has the, forgive the pun, strength to carry any role; he continually commands every single scene. He’s capable of playing these darker characters with range and allure which is what makes him such a fan favorite bad guy. Granted this is just the pilot and like every show needs to follow up its first act, but while the dominoes aren’t set up in a precariously enticing manner, this is an AMC show and that brand alone speaks for itself. There is potential and we’re eager to see where it goes from here as these first steps have been more or less confident ones. 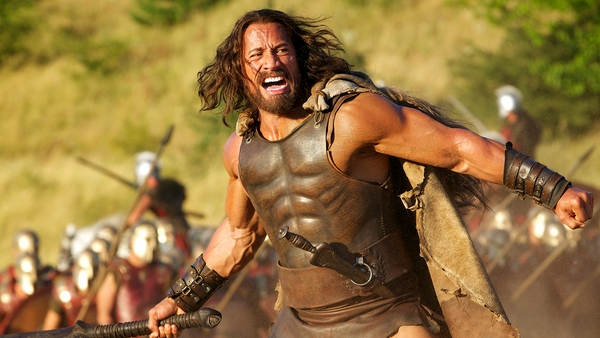