Let’s just come right out and say it. Cars was not up to par with the rest of the Pixar catalog. Sure it has tons of fans, most of whom are in the 6 to 8 year old age bracket, but something felt like it was beneath what they’re capable of producing. Yet while people, myself included, have called it the weakest link in the Pixar chain, there is a significant message that gets hidden behind the giant cartoonish eyes of Lightning McQueen. It’s on that merit the film has more going for it than the story of the toy car who lost his way.

Now I’m not going to try and defend it as its not my favorite Pixar film but the more I think about it, the message of Cars gets more and more endearing. So that said, I am going to take a different route in this Off the Shelf piece; a detour if you will.

Admittedly this was the one Pixar film that was aimed at an age group even yonger than that of Toy Story. While some may have been deterred by Owen Wilson and even more so by Larry the Cable guy, Pixar films true from embody a sizable amount of heart. That said, I think John Lasseter’s film deserves to stand even with the other Pixar films.

So let’s start with the idea of everyone’s contention, the idea that Cars is a goofy film deemed strictly for “the kids”. But let’s take a step back and look at A Bug’s Life. Pretty much in the same boat if you put them side by side. However it’s the inspiration (being a play on Seven Samurai/The Magnificent Seven) and further its execution that make it appear slightly smarter than Cars.

It’s not Shakespeare, it’s not Kurosawa but Lasseter’s inspiration for Cars came from a trip he took with his family that took them places strictly off the highways and by ways. Reason? He didn’t want his family to bypass anything. There’s an entire culture and number of towns across the nation that dried up when, as Bonnie Hunt’ character says, “the roads were built to save 10 minutes of driving” and his family got to see what hidden gems still existed just off the beaten path. Lasseter basically wanted to take us on the same trip and for that I thank him.

Owen Wilson’s Lightning McQueen in a way is like the kid in all of us who doesn’t look before he leaps. Throwing off advice and help he pretty much runs himself into the ground and has to learn the hard way that speeding through something isn’t the only way to get the job done. More specifically, anything worth doing takes time and you miss out on a good number of friends if you can’t slow down to appreciate them. He does come full circle and makes a predictable arc yet no matter how colorful the character’s are (or their paint jobs) it’s the messages like that and friendship that bring real weight to the film. Unfortunately, or should I say dag gum, for a large majority of the people who saw Cars the message has gotten slightly overshadowed by film about country bumpkin tow trucks and tractor tipping.

Cars is a nostalgic trip for sure and even more so for those of us old enough to have lived in that time. A throwback to simpler times, it’s less of a preachy feature aimed at the youngsters and is more like a call to stop and smell the roses, which in a film about a “racecar” is quite ironic. Basically no matter what you think of the goofy characters (read: Mater), Lasseter reminds us that life’s a journey so just enjoy the trip. 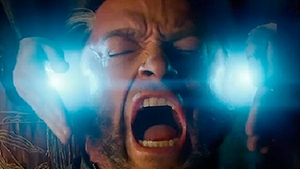 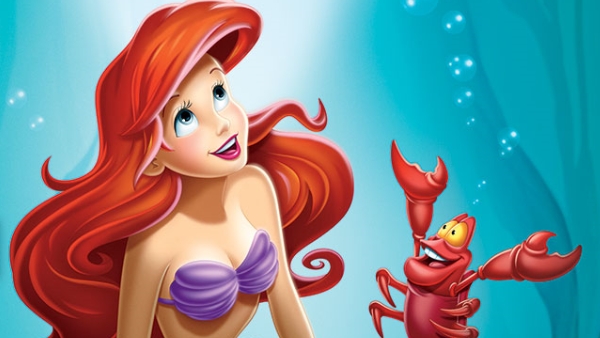 Off the Shelf…’The Little Mermaid’