Morgan Spurlock hasn’t really been relevant since Super Size Me helped him break out in 2004 and actually make a tangible impact on cultural dialogues about weight, health, and the consumption of fast food. 30 Days, his FX television program, saw him begin his decline a year later (though I frankly think that show received less attention than it deserved), while 2008’s Where in the World Is Osama Bin Laden? arrived with naught but a whimper before everyone collectively decided to ignore it. He followed up that failure with The Greatest Movie Ever Sold and the admittedly more successful Comic Con Episode Four: A Fan’s Hope in 2011 and added the harmlessly ignorable Mansome to his résumé this year, opening up the question of whether Spurlock will ever matter to us again as a documentarian.

Good news and bad news: as of yesterday, we know the answer, but it’s a fairly resounding no. If you’re like me, the slightest mentions of any of the latest teen pop icons elicit a nonplussed “who?” from you, so you probably were content being oblivious to the proliferation of both the Justin Bieber 3D documentary in 2011 as well as the Katy Perry 3D documentary this past July; at the same time, you’re probably going to be vexed at the announcement that the next bit of cinematic deification built around a fresh pop act (this time, the British group One Direction) will in fact be directed by Spurlock himself. Part of me wants to interpret this as shrewd business on his part– helming a movie like this that will reach a vast and young audience means putting his name out among a demographic that has never heard of him– but the reality is likely that he’s doing this for a paycheck.

And I get that. Maybe he’ll bounce back with something to rival Super Size Me once he’s reaped the benefits of associating himself with One Direction, and besides, the guy has to eat. But this also just pushes Spurlock even further away from anything resembling importance. 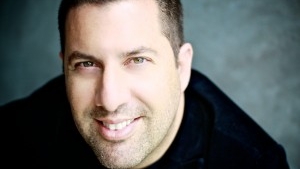