Tales From Earthsea is not the work of the legendary Hayao Miyazaki or even Isao Takahata. This animated feature comes from Goro Miyazaki; Hayao’s son.

Admittedly it’s so very hard to think about Goro’s work (who is not, I repeat not a professional animator) and not compare him to his father. Further, expecting a Princess Mononoke level of film right out of the gates is not only a lofty expectation, but an impossible one. It’s like trying to compare “Juno” to “Ghostbusters”; just because Jason Reitman is Ivan Reitman’s son doesn’t mean he’ll top his father’s peak films with his first effort.

But even though Goro didn’t grow up in an animation studio, there are sparks of vintage Hayao inherent within. While Earthsea didn’t reach it’s potential it’s still a promising sign for Goro’s future films.

This feature is another adaptation of a novel (like Howl’s Moving Castle before this) and tells the tale of a young Prince who after killing his father runs away from the kingdom. He is later saved by and befriends a powerful but reclusive wizard. But the boy’s fate is much grander than he realizes as he will help restore a magical balance in the world. Sounds good in a synopsis but in a film running nearly 2 hours it never achieves it’s potential. Earthsea is much less grandiose than other Ghibli films as far as story, character and animation. While I wouldn’t mind the cartoon show level of quality for most of the animation I was taken aback by the slow pace of the film and the lack of exposition.

For example, we are told the the Archmage Sparrowhawk is a great wizard but he never really does anything of spectacle when facing danger. The story maintains that long ago, dragons and men lived as one. But now the natural balance being upset by a power hungry wizard trying to cheat death. A result of all this is that both the presence of dragons and the ability to conjure magic across the world are dwindling. Still it never helps drive the plot since we never get an idea of how things really were before and why its so bad that things are the way they are now. Also, Sparrowhawk does some magic, so it’s never clear how he’s affected by this. Unfortunately the film has an amateur feel to it. I could forgive lacking animation but not lacking story. It does get shallow and from what I’ve read about the film’s source material, is cherry picked form nearly half a dozen different elements in the Earthsea series. Possibly they tried to combine too many story points which led to a lot of pointless travel, scenes that don’t have purpose and worst of all it the complete lack of backstory on…well anyone. Everyone seems to know Sparrowhawk as the Archmage but never tell us why that’s so important or what powers he should have but now doesn’t And why does he wanders so much?

There are moments where Earthsea is on the cusp of breaking past the mundane and hints that something exciting is about to happen…but it never does. I also found it odd that there were so few side characters. For example, Lord Cob lives in a castle and how many guards does he have? Three…total. It’s just a small example of how a film that felt big needed more work to fill it all out.

All that said, Earthsea is still one to take a chance on (read: rent) for 2 reasons; Goro Miyazaki is just one of the people being sought after to continue the legacy of his father and Studio Ghibli. Further, Hayao has been a fan of the Earthsea novels and wanted to make an adaptation 20 years ago but instead made Nausicaa. So its neat that his dream is finally getting realized. Hayao won’t be around forever but his son does have some untapped talent and I’m excited to see how he grows from this.

Second, though some of the animation is merely OK (as far as Ghibli standards go) there are other elements that are very very impressive and beautiful and do the Studio Ghibli proud. Pity that the pacing, story and character development don’t flush out the visuals and at 115 minutes goes on far too long without a satisfying resolution. 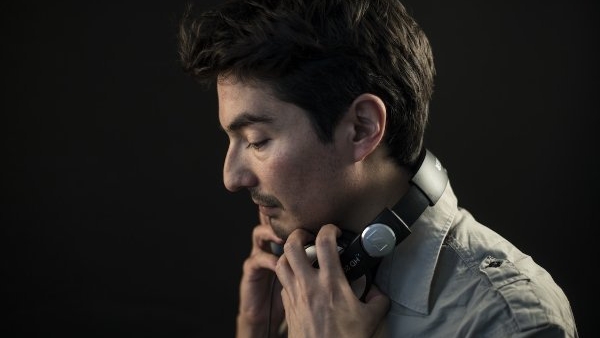