While one “winning” Sheen/Estevez sibling is making tabloid headlines that make Gary Busey look normal it’s great to know the other half of the paternal pair is on the right path. Who is that you ask? None other than Billy the Kid himself Emilio Estevez. Emilio has been rather quiet in the last decade or so only popping up to turn a lot of heads with his film Bobby (a quasi historical account of the events surrounding the Bobby Kennedy assassination). Needless to say I’ve been waiting to see more from him as he’s got some untapped talent. So have a look at the trailer for his latest film The Way in which Emilio directs (and briefly stars) his dad Martin (aka Ramon Estevez).

Wow, if that doesn’t have Oscar all over it I don’t know what does. But seriously if this packs half the heart that it’s showing it should win tons of hearts even though it looks like Elizabethtown for the grown up set. Bobby was awesome (great soundtrack too btw) and this looks equally well crafted, charming and heartfelt. I’m so game for this! The Way will be coming to select theaters this Fall on October 7th, 2011. Anyone going to go out of the way to see this?? 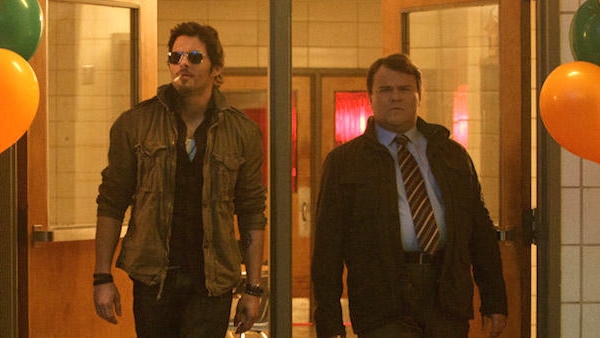 ALL PASSES CLAIMED – Advance Screening Passes to ‘THE D-TRAIN’ in AUSTIN, TX