In an awesome series of posts entitled “Films You Didn’t Know You Needed to See” Kai of The List, asks guest bloggers to call out the best films that no one knows about. Go,See,Talk has been invited to contribute to this sereis and we happily accepted. I highly suggest you head on over to The List and Readers are treated to some obsure films that really are too good to be so unknown.

But while you’re here, below are three films that really flipped my lid when I first saw them, and I too, like many of you (I suspect) had never heard of them. Well, take a quick minute to read my thoughts and then check them out for yourself. See, recommendations are fun…Enjoy!! Seraphim Falls – Usually with a Western, you get something formulaic including, but not limited to, a lone gun man, some wild and free riding cowboys or a story about all out vigilante justice. Well not here, and thankfully, not at all, as this is a different animal all together. Seraphim Falls is more a chase movie than a conventional “Western” and there are small but unexpected ties to the supernatural. Yet as far as Westerns go, this, true to the genre, maintains a nearly epic feel in almost every frame. For those of you a little wary about my description above, no this isn’t The Sixth Sense meets High Noon. This is just a new spin on a revenge tale where we find Liam Neeson mercilessly hunting down Pierce Brosnan and I do mean mercilessly. On his quest, the closer he gets to his vengeance the more he loses a grip on his mind and his soul. It’s a tight and engaging thriller (which works so well set against the backdrop of the Old West) that feels refreshingly original and has an ending that you wouldn’t expect. The Killing Room -There are movies with twists, and there are total mind-fuck movies, this has huge helping of both and will literally keep you on the edge of your seat…and sufficiently rack your brain for days to come. But while looking at the cover at the unimpressive cast (especially Nick Cannon) 90% of people would walk away. Yet those remaining 10% would be treated to one of the most impressive unheard of movies of all time. Much like Kai said in his bit about Timecrimes, this is sensational but I don’t want to give too much away. When it’s over you’ll have a new outlook on our country’s defense tactics and just how patriotic people can become…especially when pushed to the edge, then over it. Just keep telling yourself, “It’s only a movie”…stuff like this doesn’t happen, right?…Right?? And Then There Were None – For the very best in “a-ha” endings you’ll never find a more cunning and creative film than this. Considered, by me mainly, to set the bar for thrillers and mysteries, this absolute film (and literary) classic should be required reading for any film fan…espeically those who love a “who dun it?“. Simply fine acting all around including Oscar Winner Walter Huston, and Barry Fitzgerald, this has something for everyone. I suspect a good number of kids who grew up watching movies with their grandparents have seen this but for those of you who haven’t it will be sure to please…even if it is a rather old and countlessly remade film. Yet, this was the first and it still stands up as the best. Keeps you guessing like few films from that time are able to do. Simply put, it’s an outstanding film, worthy of the name “classic”.

So, like I said, take a chance on these and I hope you enjoy these a much as I do. Those of you who have seen these, what are your thoughts? 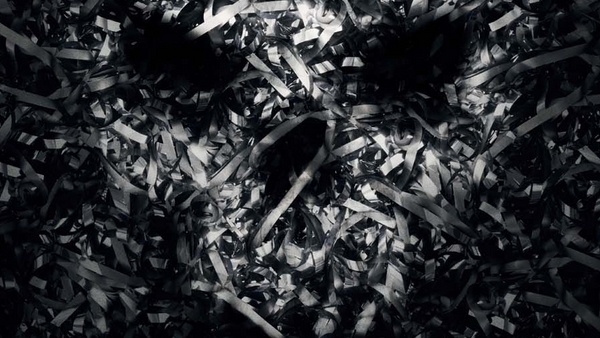