Joining in a multi-blog topic started by the sweet site Fandango Groovers, today’s post is a fun cinematic exercise. Andy asked us to give our input on the following hypothetical situation: “Were you to be stranded on a Desert Island, what 8 films would you take with you?”…provided they had electricity, a decent video set up and your choice of movie candy and adult beverages of course:)

Thinking long and hard about this, I have tried to come up with 8 films which I can neither live without, or get tired of seeing. But after about an hour, it was easier than I thought because these are 8 of 10 films I carry on my phone everywhere I go. Keep in mind, these aren’t my absolute favorites (well a few are) but they’re just ones I don’t mind watching over and over and over. So to answer the hypothetical and give you G-S-T readers an idea of what kind of film treats I carry in my pocket everyday, behold…

Big Trouble in Little China – No other character defines action hero to me than the legendary Jack Burton. Sure you’ve got Indiana Jones and James Bond, but what do they have that Jack Burton doesn’t? An actual contribution to the action. In every scene Jack does nothing and the movie still moves forward. For a hero he sure avoids a lot of the action wouldn’t you say? I just love this movie…Tattoo, bring me another Margarita. I’ve just landed on Fantasy Island and I’m gonna watch BTILC!!

Shaun of the Dead – The best thing to happen to zombies since George Romero. End quote. The jokes were layered perfectly and the humor was cyclical. The new standard for spoof movies if you ask me.

The Hangover – Hands down, one of the funniest movies I’ve ever seen. People always say it but for this movie, I totally mean it. From the beginning, the jokes came on and never let up. The unlikely trio brought their own brands of humor and worked in a way I don’t think anyone expected. “Does my hair look cool like Phil’s?“

Back to the Future – Time traveling hijinx and adventure at its very best. Nuff said:)

The Fifth Element – Classic Bruce, classic Besson and a really hot Milla Jovovich. What more do you want? OK, how about fine performances from Ian Holm and the always awesome Gary Oldman? Still not convinced? Then let’s top this off with a Chris Tucker who was really quite enjoyable and Deebo as the President?? Wow, this movie is just a home run!!

Transformers – One of the very best live action TV show adaptations that really made me feel like a kid again. Epic in scale, fun for all ages and drop dead gorgeous CGI. “I bought a car. Turned out to be an alien robot. Who knew??“

If I ever board Oceanic Flight 815, I will bring the above films with me without hesitation:) Again I have to stress and admit, that they are not my favorite movies (otherwise I would bring Casablanca, Gladiator, Road to Perdition, The Rocketeer, and Rocky in place of a few on this list) but like the point of this post, I can watch these over and over and over without getting bored. Damn, just writing about these is making me want to watch them all right now. Stewardess, what time do we board the plane?? 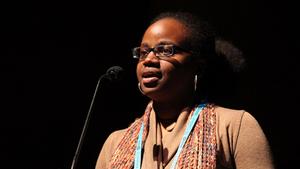