Stories of fantasy and high adventure are certain to contain genre stand-bys like magic, kingdoms a far, fair maidens and the like. Yet in Pixar’s latest (and first true period-piece) this “maiden” is not a damsel in distress by any means. Brave‘s Princess Merida actually has more in common with any number of Hayao Miyazaki’s female protagonists than it does the colorful princesses whose posters grace little girls’ walls. It channels some of the more stand-up kind of womanly characters we’ve seen in the last few decades…even if in this case she is defiant to a fault. With a line like “I am Merida, and I’ll be shooting for my own hand” she speaks volumes about her character and it’s a confidence that we don’t get very often; a strong female role model who is also a reflection of the times.

Let’s say it up front. Wow, with a capital ‘W‘. Brave is a solid Pixar film and further, a feast for the eyes as well as the imagination. As we’ve seen numerous times, Pixar films’ substance runs neck and neck with their stunning visual style. Story is always their primary focus and Brave is no different. Brave is a film all about about the family dynamic. Princess Merida is controlled and micro-managed by her Mother Elinor. Not an over-bearing figure but she’s someone who, as royalty, is grooming Merida to one day take her place as Queen. Without giving anything away, the story focuses on their differing opinions with Merida wanting to chose her own path and the Queen choosing one for her. Merida’s desire to be her own person causes her to do something so drastic she puts he family in danger. Likened to Finding Nemo, it becomes a fulfilling story of a family unit where little by little the Mother/daughter come to terms with one another. Amid the laughter, the beautiful scenery, the pratfalls and numerous comical chase sequences, Merida and Elinor become closer thus establishing the real emotional core of the film.

But as we’ve also come to expect, the visuals just sing as everything (and we mean every thing) is just gorgeous! Not just static scenery or sweeping vistas but the textures, fabrics,  characters etc. are remarkably, nay, immaculately detailed and vibrant. It’s common knowledge that Pixar has taken a firm “no mo-cap” stance but it’s still amazing to see the level of believable detail and emotions their characters embody. The animation giant’s most human based film to date, the animators really had to be convincing with the characters, but then they wouldn’t be Pixar if they didn’t do so masterfully. Sure you get equal amounts of emotion in most animated films these days, even in the “La Luna” skit before the film starts (which by the way features superb music from Pixar golden-boy Michael Giacchino) but in Brave, Merida, Fergus, Elinor and the triplets, really do come across as living, breathing entities.

Pixar is certainly trying something new here but this still feels more like a Disney picture than a Pixar film. From her arranged marriage (or betrothal) to the cute animals to kid-centric heavy doses of slapstick it seems like a tapestry of elements and plot devices hand-picked from Disney classics. It’s a Princess story, arguably a cut and dry one, story replete with some tropes that are so unavoidable they may lead viewers to cite the story for lacking unoriginality. But Pixar is know to think outside the box and put a fun enough spin on something trite/familiar that it becomes something new. As a character, Merida’s free-wheeling and strong spirited attitude is admirably inspiring. Also, in a Princess pic, a witch is relegated to being the heavy, yet in the quest for new ideas and weaving stories worth telling, there’s a great paradigm shift to both that give us an aggressive Princess and an insistently passive witch, er “wood carver“. Talk about changing it up right? Beyond the mix of new and old elements, you have to look at the core of the film at work here; the family unit mentioned above. Again, Brave is not about sword play and arrows let loose for the sake of keeping our attention. It’s an endearing story about communication, about family values and despite hurting the feeling of those who care for you, it’s about following your heart and encouraging the audience to “write your own story“. Further, it tells us that sometimes we have to swallow pride or selfish pursuits and remember what’s important. In Merida’s case family, specifically the relationship with her mother, is her cornerstone and in the third act it’s championed heavily as are virtues like humility and compassion. Though the emotion is there, if there’s any knocks to be found in Brave it’s that it may be too geared for the kids and not engaging enough to the adults. Also, with a name like Brave the lack of intended action may be disappointing but it doesn’t mean it’s not an enjoyable time. With Brave we’re not just given some new faces on screen but also behind it in the form of the multi-talented duo of directors. Mark Andrews (who wrote the screenplay for Brave and John Carter) and Brenda Chapman (who directed the The Prince of Egypt) show that Pixar is confident passing the torch to the younger artists instead of the likes of Lasseter, Stanton and Docter always taking the helm. It’s about seeing what a young talent can do and doing so keeps the company (and their products) fresh and dynamic. The film, as may be chalked up to different visions from its two directors and a co-director, spins its wheels for a bit. It has a little difficulty figuring out the appropriate placement of obligatory scenes like the archery contest, the multiple characters, the witch and cutesy scenes with her brothers to get people from point A to point B. Though once traction is found the second half is where the story becomes as impacting and emotional as intended.

Some are already calling this a return to form for Pixar, but that’s not entirely accurate. Sure the Cars films didn’t match the quality of their previous and progressively mature and emotionally themed films, but they were really just different artistic visions geared for different audiences. Cars isn’t for everyone but while Brave has elements and sequences purely for the enjoyment of the kids, specifically Merida’s Harpo Marx styled hysterical trio of young brothers, there’s a tone that resonates much deeper than Lasseter’s nostalgic tale. Rest assured, this is Pixar doing what they do best, staying an industry leader in animation but also telling a great story, with messages that bring families together rather than simply serve as a colorful distraction for 90 minutes. Finally, and most note-worthy of all, this new breed of Princess may seem foreign to fans of older Disney-styled fantasy tales. Pixar may have sufficiently broken the mold of what a modern cinematic Princess is to be from here on in. Though, their story is really just adapting to the times and the audiences. DreamWorks and Disney got half-way there with Shrek and Tangled respectively, Brave has finished the job. As such, it’ll be exciting to see the new breed of Princess we’re in store for from here on in. 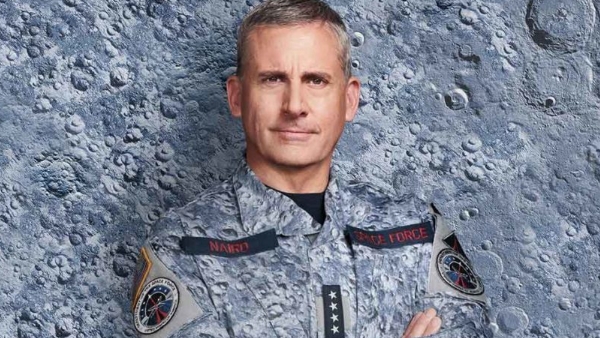