There are buddy movies, and then there are Edgar Wright’s buddy movies. Full stop. Simon Pegg, Nick Frost, and Edgar Wright are household names. But if they somehow don’t ring any bells, then you best stop reading now, get to know a brilliant little British show called Spaced, and get back to us. We’ll wait. The above mentioned trio of premier elbow ticklers have been making us laugh, heartily and repeatedly, for more than a decade…and it has all been leating up to this. The team that gave us Shaun of the Dead and Hot Fuzz (and Spaced!) reunite to finish off their “Blood and Ice Cream Trilogy”, and they do so with a proverbial bang.

The first two films in this unrelated series (also called the Cornetto trilogy), while seemingly ensemble pieces, really dial the energy and heart of their wild stories down to two characters – polar opposites who revolve around each other in a sublimely symbiotic manner. It’s been a consistently winning combination that finds Pegg playing the straight man and Frost a character just a tad off center. But in The World’s End we get a tasty bit of role reversal that allows Pegg to be the zany, over-the-top character while Frost plays the Dean Martin to Pegg’s Jerry Lewis. Edgar Wright (along with co-writer Simon Pegg) pens “genre films” but the end result is really a Trojan horse that allows him to tell stories more about relationships than the mad cap events swirling around his characters. The subtext of this final leg in the trilogy, which shines like fried gold, teaches us that true friendship can stand the test of time, overcome feelings of contempt and even if you’re that standing at the bitter end of global annihilation it’s of little consequence as long as you can be there with your best mates. It’s all pubs, pints and pandemonium, but also a helluva ride headfirst into the apocalypse in this epic pub crawling adventure.

One of the commonalities, outside of the returning headliners, finds a massive threat looming over a small British town. Each film in this series pits an entire village against a very few individuals who end up saving the day or make it out in nearly one piece.Wright, and co-writer/star Pegg, put intense thought into the script (as evidenced by their famously intricate “flip charts“). Further, Wright’s films put a unique and quirky spin on genre heavies like zombies, serial killers, robots, hell even evil x-boyfriends. But anyone can make a ludicrous film about the undead, a psychotic NWA or robots, right? Oh, can they?

What makes The World’s End stand out among more standard genre films is the, well, outstanding writing. The jokes are there, sure, and they perfectly compliment the deeper messages and relevant commentary about life, friendship and society. Add to that the larger cast along with Wright’s special brand of stylized magic and you’ve got a wild, raucous and enjoyable disaster flick on your hands. If you look in the mouth of madness you’ll find Edgar Wright and friends playing with their toys and it’s so much fun it makes you want to play right along with them. Helping make this entry such a blast are the combined acting caliber of Paddy Considine, Martin Freeman even a reserved Eddie Marsan and finally Nick Frost who is the hilariously stoic opposite of Pegg’s alcoholic and aging hipster. They have that signature chemistry that characters the Wright-o-verse is know for and the film finds them consistently dodging fun and fast genre tropes the entire runtime. Now while this film is touted as an ensemble adventure the secondary characters of this fearsome fivesome (namely Consadine and Marsan) get a lot of screen time but don’t have entirely weighty enough roles. In the past it’s been the Pegg/Frost show as opposed to this Get Along Gang who doesn’t really Get Along with Gary ensemble piece. As far as Gary King goes (pretty sure we all know someone just like him) Pegg outdoes himself and really steals and owns the movie. Yet little by little it’s Frost who begins to take back some of the limelight and the two really bring home the gold with another brilliant odd couple performance – like the jokes and writing, it is perhaps their best duo role to date.

As stated above, Wright’s three prong approach has made him a fan-favorite filmmaker as well as a commercial and critical success – a trifecta of sharp dialog complimented by sight gags that bring the jokes around multiple times, the chemistry of the leads and, best of all, the editing. A criminally unsung element of his films (and Spaced!!) is hands down the pacing and framing of shots, composition of scenes and set pieces. The way Wright’s films whip back and forth between transitions is a sight to behold. Furthermore The World’s End has showstopping fights and stunt work, which are impressive enough, yet they are infinitely complimented by the rapid fire cutting which makes it all shine. You can thank a team of top shelf tradesmen for the symphony unleashed on your eyes. Professionals like stunt coordinator Bradley Allan, cinematographer Paul Machliss, editor Bill Pope, also Frazer Churchill, Damien Walters, Adam Kirley, Waldo Mason, Matt Denton, Oscar Wright and others and finally Wright all have a hand in the masterful composition and execution of the delightful mayhem. The World’s End is irreverent fun that writhes in its own ridiculousness (fyi, the “lintel” joke is an absolute killer). With echoes of any number of zany 80’s era late night comedies Wright and co owe a lot to the likes of Sam Raimi and in the vein of something like Quentin Tarantino the film rises above forgettable genre schlock as it successfully mixes healthy doses of wit, hybridized WWE/Hong Kong styled fight scenes, oppressive robotic foes, and enough booze to make Don Draper quit drinking.

This review could go on and on about how Wright is a smart writer and filmmaker but will cut to the chase and say that The World’s End contains some of his funniest and wittiest dialog to date. That said, the final act of the film seemed to have trouble figuring out where it was headed or keep things fresh after the barrage of pub crawling and brawling. There are bits of wariness that stifle the finale and keep it from being something extraordinary. But make no mistake, fans will eat it up as this final installment delivers the goods and no one should expect Wright to try and eclipse Shaun or Fuzz but only give us something that compliments those films. And he does so in spades. The World’s End is near perfect and all involved succeed in establishing this as Wright’s magnum opus…and it is glorious. 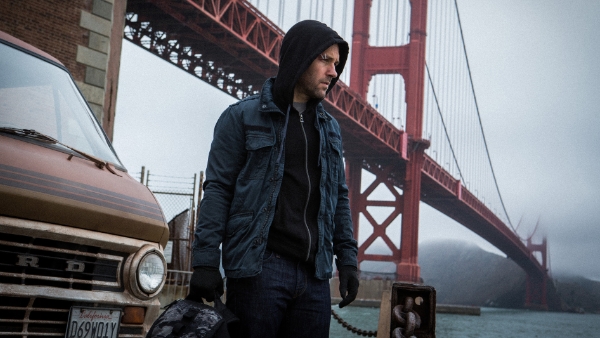