Editor’s Note: Go,See,Talk presents this review of Tower Heist as the debut entry from our guest contributing writer Grady M. He’s going to be making some more appearances on G-S-T in the next few weeks so have a look at what he had to say about Brett Ratner’s latest flick and offer your thoughts below.

Tower Heist, to sum it up briefly, was a lot better than I expected.  If you’ve seen a trailer for the movie then you realize you may have to suspend disbelief.  That’s an understatement if you are familiar with the laws of physics, but I digress.  It’s clearly a comedy, but wait…is that Eddie Murphy?  This isn’t a kiddy movie, but there is Eddie Murphy.  I had my doubts as to how much of a role Eddie Murphy would play in this movie, given the ensemble cast.  I was hoping for more than just a quick cameo and I was not disappointed.  This was one of my favorite Eddie Murphy roles in over two decades.  48 hours, Beverly Hills Cop and Coming to America are some of Eddie’s best work.  Don’t get me wrong, I love the whole Shrek series, but it’s nice to see Eddie back in a role that is more reminiscent of the 80’s, sprinkled with a little bit of the last two decades.

Josh Kovacs (Ben Stiller) is the manager of a high rise apartment building in New York.  These apartments are multi-million dollar dwellings which house rich tenants, including the very wealthy Arthur Shaw (Alan Alda).  Josh is very close to the tenants and his staff alike.  He runs a tight ship and knows everything about each one of his tenants…or does he?  When Arthur Shaw is taken into custody by the FBI Josh presumes the whole thing is just a misunderstanding.  He, and his staff, quickly learn they have fallen victim to a Ponzi scheme.  To make matters worse, their retirement funds were managed by Arthur Shaw.  The FBI agent (Téa Leoni) in charge of Shaw shares a rumor with Josh.  She tells him that $20 million of Shaw’s money is missing.  As you’d expect, from the trailer, hilarity and calamity ensues.

My fear, in watching the trailer, was that this movie would have some funny parts, but wouldn’t sustain the laughter.  I was very surprised to find that my fears were for not.  Now, as you transition from Act 1 into Act 2 you have this surprising emotional depth that isn’t always present in a comedy.  You really feel for the people working at the Tower.  You hurt for them and you really want to see some justice and retribution.  As we build momentum moving from Act 2 into Act 3, the movie never slows down.  The hilarity and hijinks continue to escalate until the climax, which I won’t ruin for you.

Odessa (Gabourey Sidibe – star of Precious) did a wonderful job in her role as the maid.  She brought a warmth and depth of character I never expected.  Throughout the film you learn of her plight and why losing her life savings is so important.  There are many other heartwarming stories they touch on in this film, which makes the film that much more enjoyable.  As the story unfolded I chuckled to myself thinking, “This has a slapstick Ocean’s Eleven feel to it.  It turns out Ted Griffin, one of the writers, was the writer for the 2001 version of Ocean’s Eleven.  There were so many intricacies and nuances to this film that just intrigued me.  But the thing I enjoyed most was sitting back, relaxing and enjoying the ride.  Laughter is the best medicine and I sure needed some this week. Even though there are a few, “come on now” moments in the film, it was quite enjoyable.  What I mean by “come on now” is that what I saw on screen just isn’t possible.  Quite often there are moments like this in movies that defy the laws of physics.  I realize movies like Mission Impossible and The Matrix do this, but that is expected and rather enjoyed.  While these elements do exist in Tower Heist, they don’t detract from the movie.  In fact, these scenes just add to a comedy of errors and help sustain the emotional roller coaster ride throughout.

There were no breathtaking landscapes for you videophiles out there, but the cinematography was not lacking.  There were several impressive scenes that actually made me nervous.  These are things you would expect from a Mission Impossible type movie, but those don’t tend to make me nervous.  Those are adrenaline filled, caffeine junky joyrides.  This was a comedy that dabbles in some amazing shots and camera work that was very well done in my opinion.  I was sitting in a fairly new theater and the audio was impressive for a comedy; never muffled, always crisp.  But again, this was a comedy and most of the time I was too busy laughing to care about audio or video.  There were so many good parts in this movie…I can’t stress that point enough.  Even the one-liners were not stale or overdone.  It had a fresh, light-hearted feel to it, which I enjoyed. This ensemble cast delivered performances beyond the script itself.  Sometimes you have a great screenplay and great actors and you want to watch the movie over and over again.  While I won’t put this movie in that category, I will say that I do intend to buy this movie on Blu-ray and watch it again. I plan on watching the extras as well, in order to get a glimpse into how they made certain portions of the movie. I won’t discuss those scenes here…no spoilers.

I have no doubt there are people who will not enjoy this movie.  That is the case with every movie, including blockbuster hits.  But, if you are looking for a fun, hilarious, laugh out loud good time, then you are in for a treat. I would never compare this movie to blockbuster hits like The Hangover or Bridesmaids, but it is funny, heartwarming and leaves you walking away with a smile on your face.  There are some unexpected twists and turns in the movie, which were a nice treat. It leads you down the path of a typical, predictable movie then something happens you don’t expect and calamity ensues.  I won’t ruin anything for you, but I will say if you are a fan of comedy, you should see the movie. If you are a fan of either Eddie Murphy or Ben Stiller, you should see this movie. 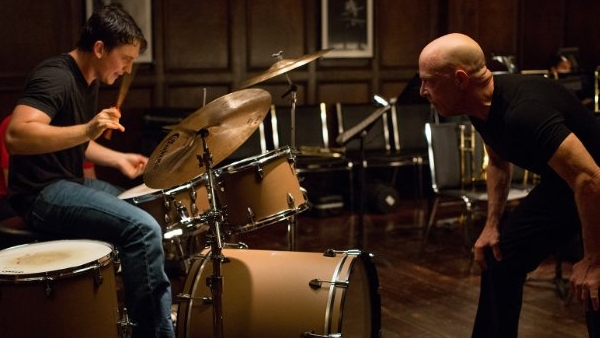