I, like Jonathan Liebesman’s Wrath of the Titans, am wracked with indecision. On the one hand I want to go to bat for the film on the virtues of its better elements– excellent eye candy, including, but not limited to, some eye-popping creature design– but Wrath’s tonal incongruity holds me back. There’s a place in the Hollywood ecosphere for fantastical sword and sandal films boasting either serious or silly makes, but Wrath can’t decide which of the two models it wants to follow and ends up existing as an unsatisfying halfway point between them; it’s silly, but not silly enough. It’s epic, but it’s not epic enough. If the film needs anything, it’s direction, and Liebesman proves unable to oblige. Wrath‘s events take place 10 years after 2010’s Clash of the Titans, and though the Kraken lies dead beneath the ocean, we learn– through an unnecessary opening narration that’s repeated only moments after it’s delivered– that cosmic trouble is brewing once again. Second verse, same as the first, of course; Hades (Ralph Fiennes) is still up to no good, and he betrays Zeus (Liam Neeson) to their father, Kronos, to kick-start the end of the world. His powers diminished by humanity’s increasing lack of faith in the pantheon, Zeus can only turn to his son, Perseus (Sam Worthington),  for aid in once again saving all of existence from fiery, computer-rendered destruction. And so the ever put-upon warrior begins his newest quest in earnest.

But what’s a hero without a following? After kicking things off with a good old-fashioned monster brawl, the film sits back on its heels while Perseus assembles a crack team of secondary heroes, including Agenor (Toby Kebbell), a petty thief who also happens to be the son of Poseidon (Danny Huston) and therefore a cousin to Perseus, and Queen Andromeda, who after a decade looks suspiciously like Rosamund Pike rather than Alexa Davalos. It’s all part and parcel of the sort of story Liebesman is telling here– the plot device of gathering one’s allies is pretty well-tread in fantasy and mythology– and in these segments, Wrath of the Titans alternately drags and pops. Some of the characters, notably Kebbell’s incorrigible demigod, are given enough to do– and sell it well enough– that their performances alleviate the pervading sluggishness, and it’s in these moments that the film’s minor inclination toward camp really works.

If only there were more of it. Or, alternately, more forward momentum. In between Wrath‘s big action set-pieces, while we wait for Kebbell to crack wise as Pike stares with wide-eyed longing at Worthington, there’s a very real dearth of action of any sort; if we’re not with Perseus, Andromeda, and Agenor, then we’re off with Hades and Zeus as they play out their half-baked family drama. Eventually the downtime leads into another great monster fight– or, in a couple of cases, god fight, as Perseus dukes it out with Ares (Edgar Ramirez), son of Zeus, god of war, and Hades’ co-conspirator in his scheming– and things pick up, but it’s the interim that creates a struggle for the audience’s attention span. Sometimes the scenes outside of the fights work. Sometimes they’re just inert. If Wrath stuck more strongly with one tact over another– unabashedly campy and fun or lean, muscular, and deadly serious– it might have played better for me, but it wants to have its cake and eat it too, and Leibesman doesn’t understand how to maintain a balance in which both elements coexist with each other. When Agenor makes a joke, or Bill Nighy’s Hephaestus has arguments that no one else can hear with a certain inanimate mechanical object, Wrath shows a spark of life, but at the same time the humor almost feels entirely out of place. Granted, this isn’t a comedy, but there’s no sense of cogency that connects those moments of levity with the film’s more serious dramatic beats, though the melodramatic nature of the turmoil between Hades, Zeus, and Ares feels so simultaneously under-cooked and overwrought that you may find yourself chuckling at them in spite of yourself.

I’m being a bit unkind to the film, but that’s largely because there’s something really worthwhile in here that gets lost in the over-arching sense of uncertainty that defines the entire production. Big moments that should be nothing short of a blast– including one whose particulars I won’t spoil other than to say it involves deity-driven mayhem centralized on two great actors– wind up feeling reduced, lesser version of what they could have been. While it’s always a shame to see a movie fail to live up to its full potential, Wrath at least can proudly say it delivers in its big action sequences. Liebesman still takes the idea of “the chaos of war” far too literally, and sometimes chops up the footage so much that it becomes hard to discern where the monsters and the actors begin, but his work here far exceeds what he accomplished with Battle: Los Angeles and very much honors the great FX work done to bring the beasts, giants, and titans to life– not to mention the efforts of his stars. (Though admittedly, most of Worthington’s contribution to the action is comprised of Perseus enduring endless physical trauma as he’s put through every wall, column, statue, and vase in close proximity.) The biggest surprise here is that the 3D is actually worth it; unlike many films adopting the technique, 3D genuinely benefits the action scenes and draws you into them in a very real, very exciting way. I’ll say this much– you will find yourself ducking on instinct to avoid incoming debris.

Everything culminates in a lava-drenched showdown with an impressively realized Kronos– essentially a massive walking volcano who, with a single sweep of his arm, can wipe out an entire battalion of Roman centurions– and ends Wrath on a satisfying note, but I still found myself wishing the same amount of effort had been put into the rest of the film, and with as much consistency. Frustratingly, Liebesman’s movie contains all of the necessary components for a really solid hour and a half of entertainment, driven by the narrative and visual language of modern video games (watch the climactic battle unfold and tell me it doesn’t feel like a boss fight in World of Warcraft); there’s excitement to be had here, but it’s weighed down by an unfortunate excess of ambivalence. 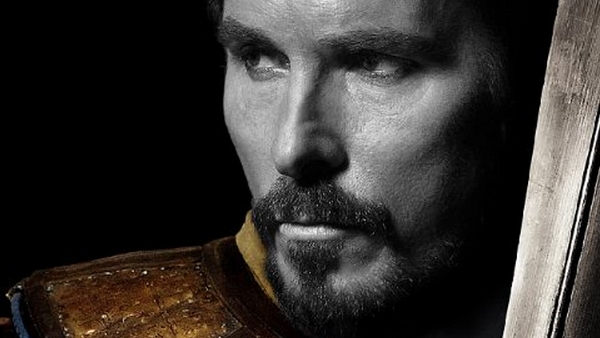 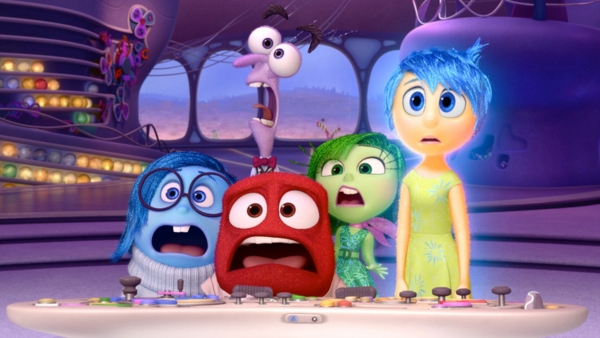