Taking huge inspiration (read: ripped off the idea) from Ruth at FlixChatter, I have decided to compile my own of the scenes I love to watch. These, as the headline suggests, are sequences in some of my favorite movies that I think I could watch on never-ending repeat. But before we begin, I would like to apologize up front for the varying quality of these videos (and in some cases the non-existent video of the sequence I’m referencing)…although it is YouTube after all right?

So while this is about all the exposition a post like this requires, let’s get on with it, shall we?

Life of Brian – “Centurion, Frow Him to the Fwoor“: Few things are certain in life…you’re born, you die, and somewhere along the line you will be treated to some of the finest comedy of all time from Monty Python’s legendary troupe. I still prefer Brian over Grail and will go to the grave stating my opinion but with the Pythons, you can’t lose. Case in point…

The Matrix Reloaded – Freeway Chase:…….What?? I really have to explain why I could watch this over and over?:P

Indiana Jones and the Temple of Doom – Tunnel Cart Escape: (Be advised this isn’t the whole scene…further, some dick thought it would be funny to take out Williams’ inspired orchestral piece and put in Mario 64 music…hey, it’s all I could find)

Back to the Future – Clocktower/88 MPH Ending: Aside from maybe Predator and Top Gun this was one film that pretty much defined me. Yet as awesome as it was, nothing is as exciting as this ending. Set to perfect music by Alan Silvestri and brilliant editing this makes the movie.

Casino Royale – Intro Titles: People say that Daniel Craig was one of the best and freshest things to happen to the series giving is a much needed adrenaline fueled face-lift. While I don’t disagree in the least, I will say that Chris Conrell’s song and this sequence is also one of the finest additions to the series.

Carlito’s Way – Train Scene: To this day, I am so amazed at how gripping this sequence is. I just love the film and even though today’s society finds that cockroach Tony Montana overshadowing Carlito Brigante, this is still the better movie (feel free to read my glowing review of it). Most of this ending sequence is shot in one take making you feel part of the action. Or, as our friend Ross puts it, “Is a scene where you don’t even realize you’re holding your breath“.

Mannequin – “Do You Dream About Me?” Sequence: …Now hold your horses, I’m not giving up my “Man Card” as this is not as bad as me putting a dancing montage from Dirty Dancing. This is my favorite sequence from the guilty pleasure that is Mannequin. Why do you ask?? Well 12 year old Marc had huge crush on Kim Catrall and this just so happens to have her in lingerie. Yup, all is right with the world.

Unbreakable – Weight Lifting Scene: Well damn it, here’s another one couldn’t find…but this alternate scene is just as good. In both scenes, what makes it so damn good is James Newton Howard’s score (which I highly suggest clicking here to refresh yourself). It is awesome in its simplicity and seems to mirror Bruce Willis’ own bewilderment as his newfound talents/powers. Still I like the theatrical sequence better.

Transformers – Arrival to Earth: What can I say, I’m a guy and further still the kid in me just gushes at the idea of Transformers. However this sequence had such a weighty and mature feel to it making enjoyable to audiences of all ages (of course Steve Jablonsky’s superb and reverent score might have had something to do with it).

Wanted – Wesley Quits His Job: I’m sure everyone in the world cheered at this scene…if they didn’t they’ve probably never worked a corporate job before. Here we find Wesley resigning with a frankness and style that is so damn enviable. Of course if this scene is too long for you, you can click here for the money shot which will forever make me (and countless office working millions) smile.

Those are mine…what about yours? What could you put on repeat and just enjoy all day long? Love to hear it!! 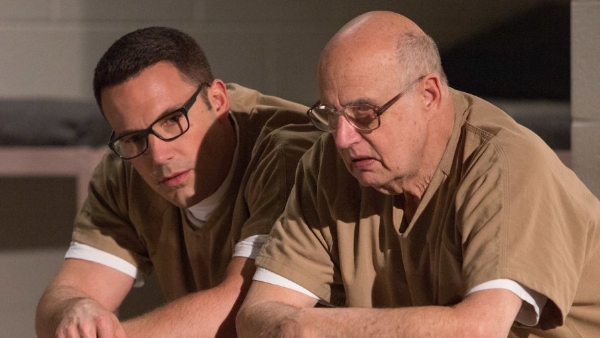