Looking back I have to say that of all the recent sci-fi films, Pitch Black is definitly is a forgotten favorite of mine. It gets better with age and while I don’t regualrly watch it, whenever I do fire it up I constantly ask myself, “why am I not watching this more often?“. Maybe I’m still left with a bad taste in my mouth after the sequel…but who knows. Anyway, say what you will but Riddick is just one cool character. So while it’s been a good chunk of time since Riddick has graced the screen, I for one am up for a redeeming third film…and with the unexpected success of Fast Five, Vin Diesel is again a household name. Gotta strike while the iron’s hot right boys?

On that note, writer/director David Twohy has long since been hinting and dropping rumors about a third Riddick film. But until now that’s all it’s been. But yesterday Twohy spoke, somewhat assuringly if you’re a fan, about the plausibility/progress of Riddick 3 (despite Vin’s attempts to spearhead the project):

“Vin will be the driving force behind this next movie; I’m merely the writer-director. Am I being facetious? Kinda. But kinda not, too: It’s Vin and the concessions he chooses to make that will allow this movie to go forward. And his love of the character, of course.

I had some good face-time with Vin in NYC. We talked at length about where we go from here – about how to travel to all the places in the RIDDICK universe that needed travelling to – and we think we know have the Master Map. We’ll keep it tucked tightly in our breast pocket for now, but it’s enough to say that, if we can pull it all off, you’ll have spent a good 15 years with us.”

Ok so we’re not quite ready to get going just yet. Gotcha, but when it does get going, will it be a sequel? A prequel perhaps? Well, no one knows for sure, (probably not even Twohy). While it’s not definitive in any way I hate to even post this but the fact he’s written about this, directed specifically to his fan, on his official blog and dropped this intriguing concept art “tableau” for the Riddick film he’s calling “Fifth Horseman” it think it’s worth a look. Sometimes a picture’s worth a thousand words and based on the above I’m game for now…but whether those 1,000 words will be in the form of a good review for a (hopefully) upcoming film remain to be seen. For now I’ll put it to you all…

Whaddya think about another Riddick film? Anyone a fan of the character or series? Anyone want to see Twothy craft something new?? 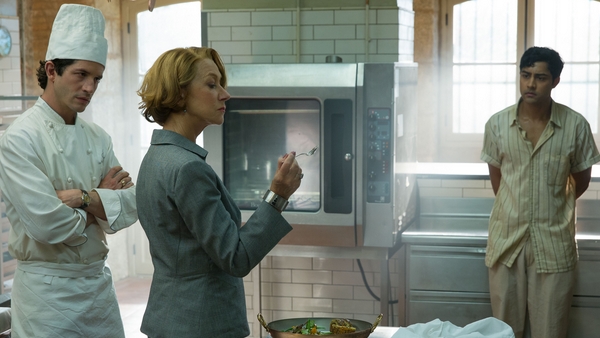