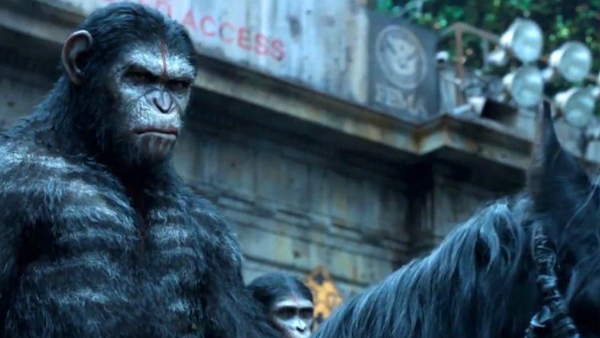 This Summer, Matt Reeves (Cloverfield, Let Me In) will unleash the Simian uprising better known as Dawn of the Planet of the Apes. Actually, as far as the timeline of the time goes, the apes have pretty much won due largely in part to the “Simian Flu” outbreak that has decimated the human population. This sequel to Rise of the Planet of the Apes begins a decade after the events of the 2011 film and tells how the apes have continued to grow in number and intelligence.

The next installment of the Apes franchise puts humanity on the brink of extinction and all-out war to decide who will now rule the planet…but we all know how this ends don’t we? Anyway, have a look at the International trailer that hit the web today. It’s looking really good and it features some music from Michael Giacchino! Enjoy!

Ten years pass as the Simian Flu strikes around the world, causing mankind to cripple by dissension and the epidemic’s effects. As cities deteriorate and the fabric of society dissolves, the dawn of a new era is about to begin. A growing nation of genetically evolved apes led by Caesar is threatened by a band of human survivors of the devastating virus unleashed a decade earlier. They reach a fragile peace, but it proves short-lived, as both sides are brought to the brink of a war that will determine who will emerge as Earth’s dominant species.

Casesar (again played by the brilliant Andy Serkis) is the leader of the apes and, as he is the only one able to speak (for now), he will go head to head against the likes of Jason Clarke, Gary Oldman and Keri Russell. Directed by Matt Reeves, 20th Century Fox has scheduled Dawn of the Planet of the Apes for wide release this Summer on July 11th, 2014. 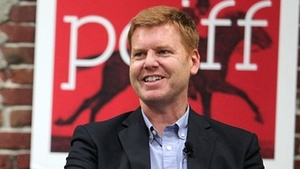