Oh boy comic fans, today is a very special day. The teaser for Joss Whedon’s The Avengers just hit the web and it’s got fan boys (and girls) excited for what is probably the largest superhero movie ever created. Assembling the members one by one in semi-interweaving origin stories Marvel (and now Disney) has taken one helluva chance on the success of this ensemble film. I have a feeling that it’ll be awesome but you probably don’t need me to tell you that right? So until we get a full trailer, another and the endless TV spots, have a look at what Whedon will be bringing us next May.

Man, I know it’s just a teaser but it’s still pretty slick. Starting off a bit amateur and lack luster it quickly becomes pretty intriguing and bad ass dontcha think? Again, just a few well placed hints of the banter and spectacle to come this should still serve to get Avengers fever going. Starring an incredible cast which includes Robert Downey Jr., Chris Evans, Chris Hemsworth, Mark Ruffalo, Scarlett Johansson, Jeremy Renner, Samuel L. Jackson, Cobie Smulders, Clark Gregg, Tom Hiddleston and Stellan Skarsgard this looks to be THE movie of 2012 (well, aside from The Dark Knight Rises that is).

Written and directed by Joss Whedon, he, Marvel and Disney will bring The Avengers to theaters next Spring on May 4, 2012. I’m so in for this! Who’s with me??

Off the Shelf…'Pirates of the Caribbean: The Curse of the Black Pearl' 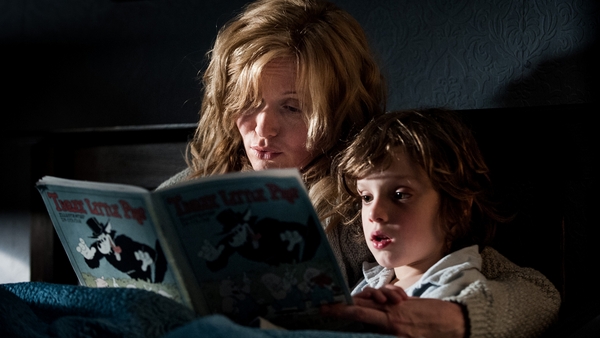