Universal will mark its 100th anniversary in 2012, and will commemorate its centennial with a yearlong celebration honoring the studio’s rich film history and cultural legacy. The campaign draws its inspiration from Universal’s extraordinary and diverse library of films, many of which will be highlighted throughout the year, and is designed to engage fans of all ages in the art of moviemaking. The following is the official press release from the studio. In it Universal lays out their plans for their centennial celebration, plans for their theme parks as well as a new logo and more. Read on!

A significant element of the centennial includes the extensive restoration of thirteen of the studio’s most beloved titles such as To Kill a Mockingbird, All Quiet on The Western Front, Jaws, The Sting, Out of Africa, Frankenstein and Schindler’s List. Universal Studios Home entertainment will kick off the celebration in January with a special 50th anniversary release of To Kill a Mockingbird, debuting on Blu-ray for the first time ever. Throughout the year, Universal will pay tribute to other influential films in the Universal library with special events and Blu-ray releases of such iconic classics as Jaws and E.T.: The Extra-Terrestrial which celebrates its 30th anniversary.

Universal will reveal an updated animated logo tied to the centennial. The animated logo will make its first appearance in front of Dr. Seuss’ The Lorax at its premiere in February, and for its U.S. theatrical release beginning March 2nd.  (The new static version of this logo is unveiled today and is featured at the top of this release.) Other activities surrounding the studio’s 100th anniversary include a vibrant social media campaign, special events, theme park activities, promotions, and many surprises to engage fans throughout the yearlong celebration.

“This is a proud moment for all of us who’ve had the privilege of working at Universal Pictures,” said Ron Meyer, Universal Studios President and COO. “Our centennial is designed to bring special memories back to longtime movie lovers and fans, and to engage new audiences with our extraordinary library of films for the first time. Our goal, a hundred years later, is to preserve, restore, and continue the iconic legacy of this studio for generations to come.”

Fans and film enthusiasts can start celebrating online today at the official Universal Centennial website, http://Universal100th.com, a one-stop destination dedicated to Universal’s 100 years.  The site, as well as a number of social media platforms, will bring the centennial to life online. Universal will be sharing archival content on its brand new Tumblr (http://universal100.tumblr.com/); fans of Universal classics on Facebook will find exclusives and special opportunities across their favorite pages; followers of @UniversalPics on Twitter can find the activities using the hashtag #Universal100; Foursquare users who check in at iconic Universal locations such as the studio and theme parks will be able to unlock special behind-the-scenes tips and content; and for those who are followers of fashion, Universal’s Pinterest account (www.pinterest.com/universal) will be drawing inspiration from favorite films for everyone’s Pinboards, starting with ten inaugural titles of contemporary and pop-culture classics such as The Breakfast Club,Scarface, Sixteen Candles, Bridget Jones’ Diary and Bridesmaids . These online initiatives will roll out throughout various times of the year and will tie back to the Universal Centennial official site.

In the spring, select fans will have the opportunity to attend a special gala anniversary celebration on the lot featuring many of the filmmakers and artists who shaped the studios history. In addition, the studio will spotlight the 100th Anniversary throughout various worldwide film festivals and other featured events, panels and activities.

On April 30, 1912, Universal Film Manufacturing Company filed its certificate of incorporation with the state of New York. In 1915, Carl Laemmle officially opened Universal City, the largest film production facility in the world. Throughout Universal’s 100 years, the studio has served as a home for many of the most talented filmmakers of all time (such as Alfred Hitchcock, Steven Spielberg, Robert Zemeckis, Martin Scorsese, Ron Howard, Peter Jackson, Spike Lee, John Hughes, and Judd Apatow)  and created films that have touched the hearts of millions and fueled culture’s fascination with cinema. To share the profound legacy of its artists, the studio will highlight their careers with touching personal stories from filmmakers, talent, crews, employees and fans.

Universal’s key centennial activities included throughout the anniversary year are as follows:

Universal will restore thirteen films over the course of the centennial year.  The restoration effort includes the following films:  All Quiet on the Western Front, The Birds, Buck Privates, Dracula (1931), Dracula Spanish (1931), Frankenstein, Jaws, Schindler’s List, Out of Africa, Pillow Talk, Bride of Frankenstein, The Sting and To Kill a Mockingbird.

Universal will reveal an updated animated logo at the February premiere of the upcoming feature, Dr. Seuss’ The Lorax, and at its U.S. theatrical debut on March 2, 2012.  The updated logo will be used on all Universal Pictures films going forward, and will be integrated into all aspects of the company’s business as well. Click on the image below to see the hi-rez version of the new logo. Universal Home Entertainment will be introducing a limited edition 100th Anniversary Collector’s Series featuring some of the aforementioned film restorations on Blu-ray in collectible, book-style packaging showcasing rare movie memorabilia and brand new 10-minute video featurettes.  In addition, special collections will be released throughout the year culminating in the highly anticipated Blu-ray releases of Universal’s Classic Monster and Alfred Hitchcock series. A selection of movies that have shaped Universal’s legacy will also be released in commemorative packaging, many of them on Blu-ray for the first time ever.

Universal’s Parks and Resorts will help highlight the campaign with centennial specific content and merchandise throughout both the Orlando and Hollywood locations.  The Orlando resort will soon announce a specially themed entertainment experience that will celebrate Universal’s heritage.  At the iconic Hollywood park, the world-famous Studio Tour features expert guides that will take guests on a tour through 100 years of moviemaking history on the Universal Studios production backlot.  Tours are conducted daily visiting TV and movie sets ranging from the early Universal Studios monster film classics to current production.

Universal will be engaging fans across multiple social media platforms including Facebook, Twitter, Foursquare, Tumblr (http://universal100.tumblr.com/) and Pinterest. At the center of all online initiatives lies a rich, robust website dedicated to all things related to the yearlong celebration of Universal’s 100th Anniversary.  For more information, please visit http://Universal100th.com.

It looks like quite a year for the iconic studio and I’m really impressed with their plans moving forward. Specifically I’m interested to see their desire to reach out to viewers via social media. Not a new concept mind you but it’s that forward thinking that keeps the studio relevant and capable of adapting to reach new fans.

Paramount recently unveiled their new logo but their plans are no where near as grand or ambitious as Universal’s. A titan of the film industry, reaching a milestone of this magnitude is no small potatoes. While the new logo won’t hit theaters until March, the rest of the plans laid out here, as well as celebrating 100 years (in any business), is reason enough to get excited as Universal ushers in a new century of entertainment. With a retooling like this they’re off to a great start…

I’m sure that as movie fans, a significant portion of any video library is occupied by Universal titles. Out of so many famous and iconic films in their catalog it’s probably impossible to name just one favorite Universal film. So let me ask you, what are your Top 10 favorite Universal films?? Mine would have to be Jurassic Park, Jaws, Back to the Future, The Thing, Shaun of the Dead, Dawn of the Dead, The Mummy, The Frighteners, Carlito’s Way and Somewhere in Time. 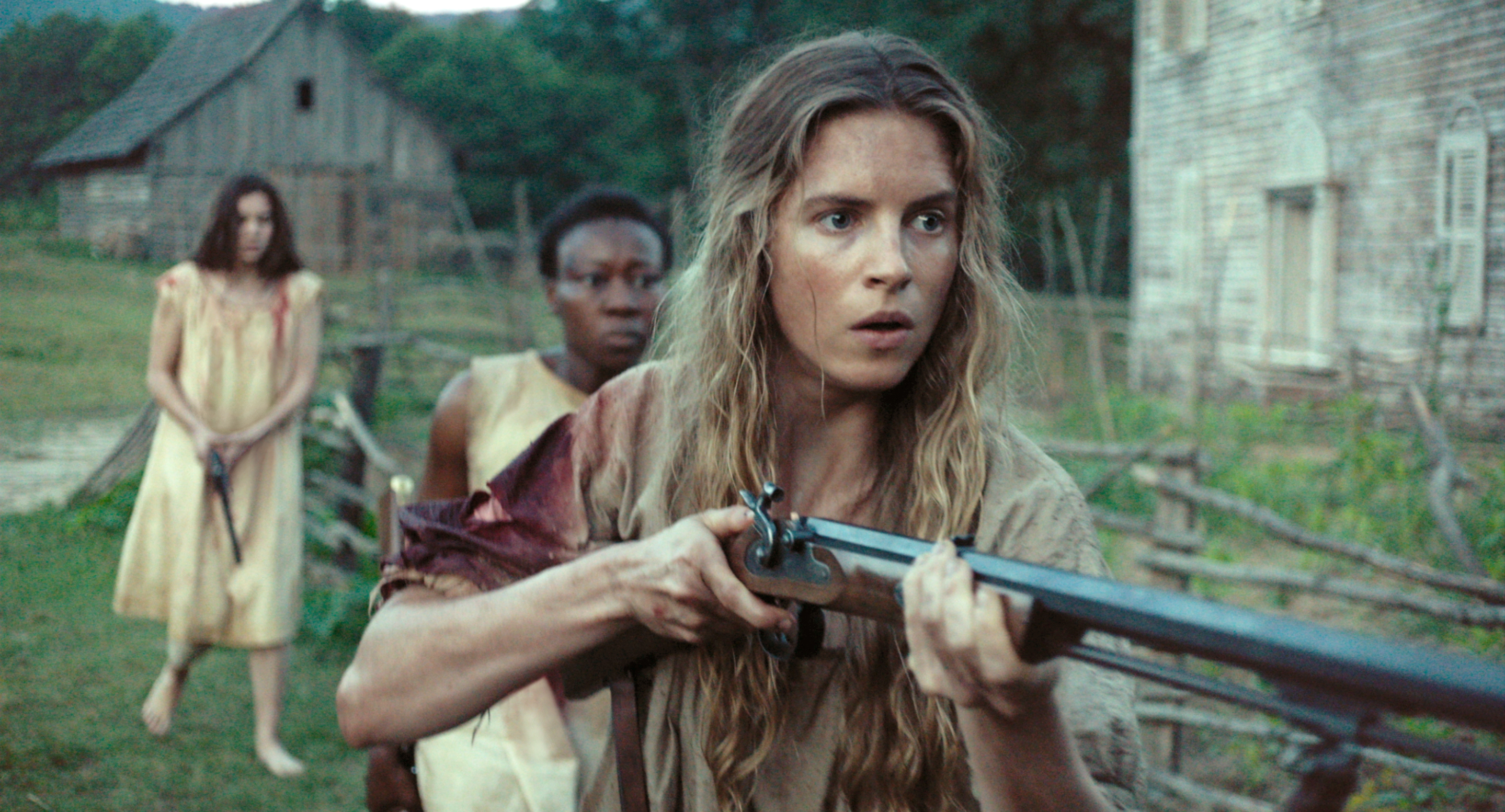 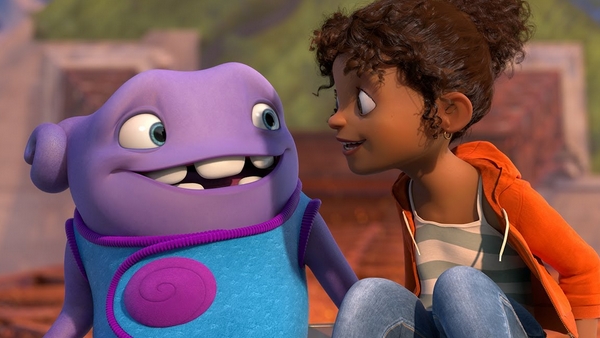